Kyle Sinckler has been cleared to take part in the British and Irish Lions' series decider against South Africa after his citing for biting was dismissed.

Sinckler appeared before an independent judicial committee via video link for a bite on Franco Mostert that was alleged to have taken place in the second half of Saturday's 27-9 defeat by the Springboks.

The England prop denied the offence and the committee decided that "on the balance of probabilities, it could not be satisfied that the player committed an act of foul play".

Warren Gatland has named Sinckler on the bench for Saturday's final Test at Cape Town Stadium and the outcome of the hearing gives him the green light to continue supplying tighthead cover for Tadhg Furlong.

Given his chequered disciplinary record that features bans for eye-gouging and swearing at a referee, the Bristol front row could have been looking a lengthy ban for an offence that carries a minimum suspension of 12 weeks.

But a World Rugby statement on Tuesday read: "The committee considered all the available evidence, including multiple broadcast angles, submissions from the player and his representative and expert witness testimony.

"Having reviewed all the evidence, the committee deemed that on the balance of probabilities, it could not be satisfied that the player committed an act of foul play.

"On that basis, the committee dismissed the citing and the player is free to play again immediately."

Remarkably, Sinckler was the only player cited from a bad-tempered second Test that produced numerous flashpoints. 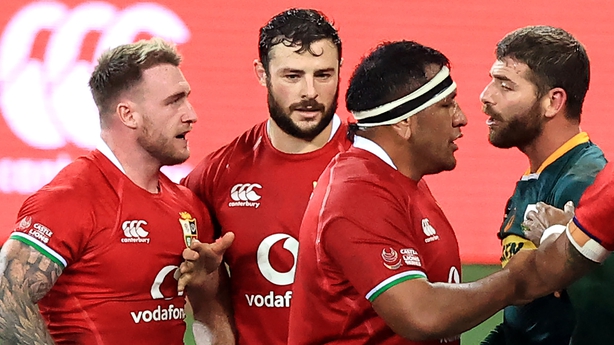 Lions full-back Stuart Hogg was forced to deny his own biting incident after footage went viral on social media showing his head came into contact with the arm of opposite number Willie Le Roux.

Maro Itoje and Mako Vunipola from the Lions and South Africa's Cheslin Kolbe and Faf De Klerk were involved in possible offences but avoided citings.

Gatland said on Tuesday that he will send his players into the decisive final Test with strict instructions to avoid any niggle with the Springboks.

"We got a little bit embroiled in the pushing and shoving and we need to stay away from that because we’ve got to concentrate on the rugby and let the referee make the decisions," Gatland said.

"We need to make sure we’re not grabbing and holding each other, with guys running in, pushing players in the back and those sorts of things. I don’t think the game needs that.

"I know everyone is on edge, and there’s a little bit of pushing and shoving at times, but we’ve got to ignore that and make sure we get on and play the game properly."

Follow South Africa v Lions third Test with our live blog on RTÉ.ie/sport and the RTÉ News app or listen to live commentary with Donal Lenihan and Michael Corcoran on RTÉ's 2fm from 4.45pm Saturday.