Cape Town is set to see sunny conditions, with temperatures around 12C

It's been a long and torturous journey to this stage and at many junctures it appeared that the Lions tour would not go ahead.

Indeed there have been adjustments and late fixture changes to contend with, as well as Covid outbreaks in both camps, but the real business is about to get under way.

That in itself is a tribute to the determination of all parties to get things done, with a little bit of desperation thrown in.

The Lions come in off the back of six warm-up games, including a defeat to South Africa 'A’, which, in reality, was a Springboks selection, a week and half ago.

Partially because the hosts lost out on a second Test with Georgia due for Covid issues, the World Cup winners needed to get some more game time under their belts, and while there was some element of shadow boxing, the 17-13 defeat did bode ominously for the tourists. 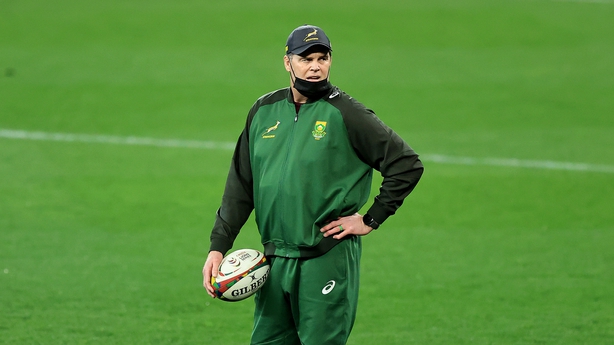 For all the uncertainty that surrounded the tour over the last 12 months, things are bubbling up nicely, with director of rugby Rassie Erasmus stirring the pot with an offer to play an extra Lions v South Africa ‘A’ game, various social media postings and his cameo as a ‘waterboy’ in the ‘A’ match.

That Gatland has bristled at those incidents, and made his displeasure known about the use of a South African TMO for the first Test, with the original New Zealand official pulling out, adds a bit of spice to the mix.

Even if they were all choreographed marketing ploys there’s no real harm in it.

Gatland is in charge of his third tour with the Lions and has never lost a series (won v Australia, drew with New Zealand).

That’s credit in the bank and it would take a brave man to go to town on his matchday 23, notwithstanding the questions around so many untested combinations.

Miracle man Alun Wyn Jones, who dislocated his shoulder four weeks ago, partners Maro Itoje in the second row, while Robbie Henshaw and Elliot Daly form the centre partnership. Aside from those two areas, none of the combinations have been tried out on such a big stage before. 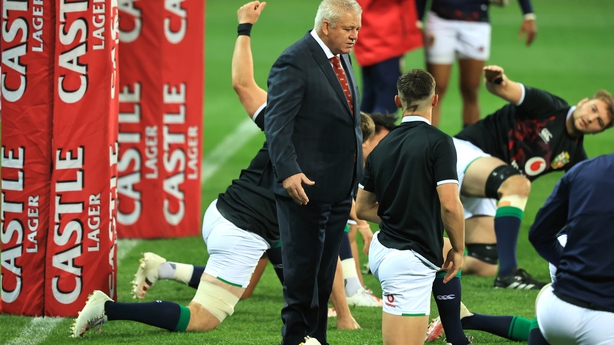 That contrasts hugely with Jacques Nienaber's selection, which is made up of the entire backline and four of the pack that beat England in the World Cup final in 2019.

That said, eight of the Springboks’ 23 have been hit by Covid recently, including captain Siya Kolisi, so question marks remain over their match-fitness.

Ireland scrum-half Conor Murray, who was named tour captain when Jones was injured, began the tour as the favourite to start the first Test but he has to make do with a spot on the bench after Scotland’s Ali Price doing enough to sway Gatland with his variation and delivery speed.

As expected, Tadhg Furlong starts at tighthead, Jack Conan, a surprise inclusion in the squad, has the number 8 shirt, and Henshaw starts in the centre.

The versatile and dynamic forward Tadhg Beirne joins Murray on the bench to give Ireland a tally of five in the matchday squad.

Warren Gatland: "It’s not just about the starting XV and looking at South Africa and particularly up front and their bench, we wanted to make sure that the balance was right.

"We know how important our bench is going to be and to have experienced players coming off the bench, so you have the quality of players like Conor Murray, Liam Williams and Owen Farrell.

"They are disappointed not to be involved but having that experience, they have the chance to come on and hopefully change the game out."

Jacques Nienaber: "We planned our team selections carefully, which is why it was important for us to play a third match after the second Test against Georgia was cancelled, and we know what the players we selected can do.

"The fact that most of the players participated in the Rugby World Cup means they know one another well on and off the field, and as coaches we know what they have to offer." 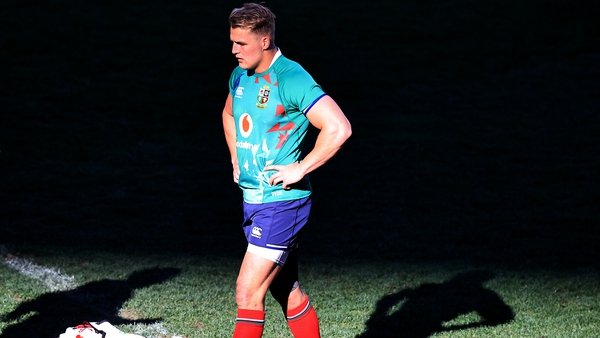