Full-back Liam Williams has completed his concussion protocols and resumed full training with the British & Irish Lions ahead of Saturday's first test against South Africa in Cape Town.

Williams, concussed early in the 17-13 defeat by South Africa A last Wednesday, will vie with Stuart Hogg for a starting berth against the world champion Springboks.

It means Scottish out-half Finn Russell is the only player unavailable for the weekend as he battles with an Achilles problem, but the Lions remain hopeful he could play a role in the last two tests.

"Everyone is all good to go. It’s only Finn who is missing out," assistant coach Neil Jenkins told reporters on Tuesday.

"Liam has gone about his protocols and everything. He’s back in training. He trained this morning as normal.

"So everyone seems pretty fit and healthy, and obviously raring to go."

Jenkins revealed that the players will be told later on Tuesday who will be in the match-day 23, though it will only be officially announced on Thursday.

That is 48 hours after the Boks named their side, which includes 11 of the 15 players who started the World Cup final against England in November 2019

The extra time to plan for their opponents will be of some advantage, Jenkins believes.

"We can assess their strengths and weaknesses, if there are any weaknesses in a side of this quality. We will look at individuals, from the point of view of the scrums and the line-outs," he said.

"We will look at all aspects and every area we can get a fraction of advantage. Tests matches like this will have a very thin line and there won’t be much in the game.

"It could go either way on Saturday. They (the Boks) are going to be very good, we know that, we are just looking for any fraction we can get." 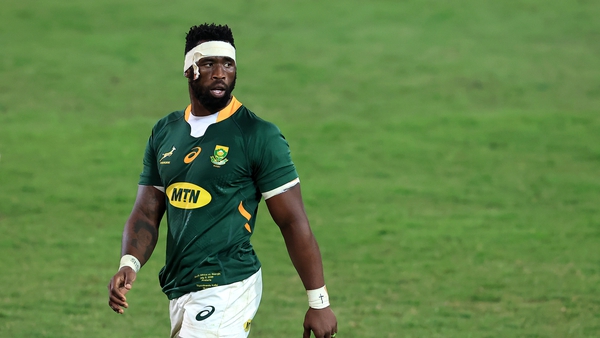