With eight new faces seeing action in the demolition of USA, Ireland head coach Andy Farrell was keen to stress that competition to get that starting jersey will be key going forward.

Robert Baloucoune and Nick Timoney scored tries on their first appearances in the green jersey, while Tom O'Toole, James Hume, Paul Boyle, Caolin Blade, Fineen Wycherley and Harry Byrne all made their debuts in a much-changed side that won 71-10 at the Aviva Stadium.

The facile victory brought the curtain down on Ireland's international season. For the coach he was happy that so many could make their debut and thanked the USA for their efforts in fulfilling the fixture.

Farrell told RTÉ Sport: "Firstly I would like to thank America. The Fiji tour was cancelled so fair play to them for coming over. It's a tough ask, they came over with 30 players and had a six-day turnaround after playing at Twickenham last week.

"Fair play to them because it's vitally important for ourselves to play these type of games especially at this time of the year.

"We have built on the depth of our squad" - Ireland coach Andy Farrell with a season-end summation #IRLvUSA #rterugby pic.twitter.com/1vE8PcmHRR

"The experience that the eight new boys got is priceless for us."

Assessing Ireland's overall performance Farrell felt some of the debutants took a while to get to the pitch of things.

"It certainly wasn't perfect," he added.

"I think the game was pretty fast at the start for a few of the guys, they may have been in shock at half-time but they found their feet. They backed themselves with belief and when you believe in yourself you tend to be more accurate.

The standout 23-year-old was making just his fifth international start on the occasion of his 13th cap and became the first Irishman since Denis Hickie in August 2003 to ground four times in one match, with Brian Robinson and Keith Wood the only other men to have achieved the feat in the green jersey.

"Rónan’s had one or two starts for us before in big games and we’ve obviously looked at (him) this window and rightly so because his form at the end of the season for Leinster was top-notch," said Farrell.

"He deserved to start and he’ll be all the better for those experiences. He’s growing, certainly at this level.

"His set-piece is getting better, we know how dynamic he is with the ball but his defence is a lot more aggressive and he’s coming on a treat as a top-class hooker."

"It's not just about Rónan, everyone got opportunities tonight. I’m delighted for the new caps – to be able to do that as a coach is pretty special. I think to a man they all did extremely well and they should be proud of themselves.

"It doesn’t matter whether the scoreline is 71 points or not, the pressure that’s on them regarding their debut is always going to be there and they should be unbelievably proud of themselves at how they handled that."

USA head coach Gold admitted his side were taught a "proper lesson".

"It was a completely unsatisfactory performance today. Absolutely not at all what we prepared for. No excuses whatsoever – it just wasn't good enough," the South African said.

"The intensity that we spoke about during the week, we didn’t bring today.

"We got taught a proper lesson, that’s what happens when you play a tier one team and you let them off the hook; you pay and you pay heavily, so a completely unsatisfactory, unacceptable performance." 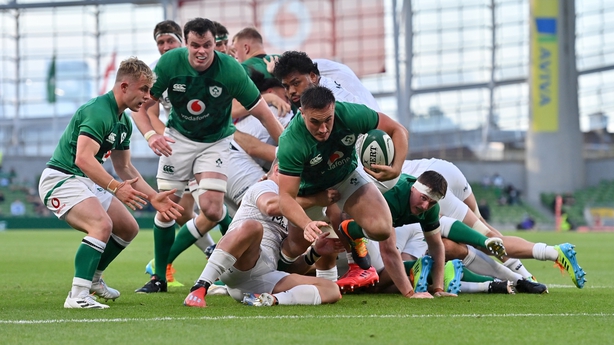 A three-week camp that also saw Farrell's side see off Japan last week, with the Ireland boss now happy that he has greater options to pick from for the November Internationals and beyond.

"We have had a great three weeks, players have worked unbelievably hard and you would never think that this was the end of a gruelling, long, hard season. For many it was the like the start of a season. They have a well-earned rest, will have a think about what they have experienced and I'm sure they'll be hungry for the start of next season.

"There are always things to work on. The main positive from the last three weeks is that we have built on the depth of our squad. The competition for places will always be key for us." 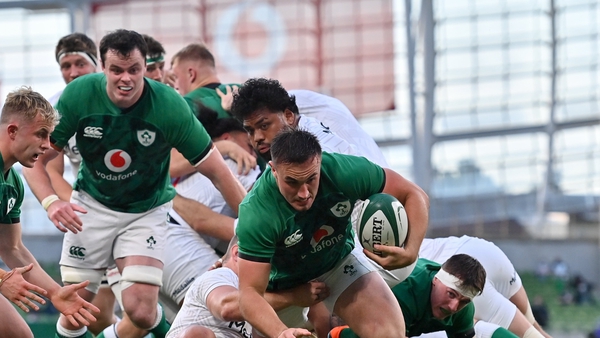