It's been a long time coming for Joey Carbery but the Munster out-half will finally have the opportunity to don a green jersey again when Ireland take on Japan at the Aviva Stadium on Saturday.

He hasn't played internationally since the 2019 Rugby World Cup due to a host of injury issues that have kept him sidelined.

But towards the tail end of last season, Carbery returned to match action with Munster and has impressed Andy Farrell as the Ireland head coach named him to start this weekend.

"I've absolutely no doubt that through those dark days that he was thinking about getting back to this stage," said Farrell.

"To be able to give him a start in this game with a decent side around him is great for his development.

"Joey's been through a lot and this is part of his recovery process as well and this will stand him in good stead for the rest of the summer and it will certainly stand to us all for next year."

And he feels Carbery is coming into the Japan game with some form behind him.

"As far as club rugby is concerned, his last game for Munster in Italy was his best," said Farrell.

"That's unbelievably positive. For us to get him back in camp and to see whether he can take the bull by the horns, get stuck in and lead like a 10 should do, we've obviously judged that and he's been very solid in that regard. The ankle looks good and he's in fine fettle."

With a host of regulars either away on British & Irish Lions duty or rested, the dynamics of the squad has changed and Farrell believes the leadership group in place could see a number of candidates develop.

"The likes of Hugo Keenan and Caelan Doris, they've come in and done unbelievable jobs at the start of their international careers. But they've been dragged along and helped through by the guys that are out there in South Africa and the three guys that are sat at home taking some well-earned rest," he said in reference to the Irish Lions contingent and the rested Johnny Sexton, Cian Healy and Keith Earls.

"But the likes of Caelan and Hugo, they've had to step up in the leadership group. They're not looking after themselves anymore, they're not trying to find their feet, they're actually stepping up to be leaders within this group and that type of dynamic has been fascinating to watch."

Follow Ireland vs Japan (1pm, Saturday) via our live blog on RTE.ie and the RTÉ News app or watch live on RTÉ1 or RTÉ Player, listen live on RTÉ Radio 1 Extra and RTÉ Radio 1. 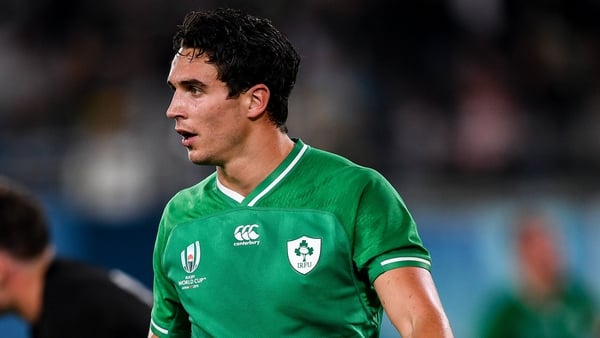