Ireland will face South Africa, USA and Kenya in the pool stages of the Tokyo 2020 Olympic Rugby Sevens competition.

Anthony Eddy's side secured their first appearance at the Games following victory in the repechage event last weekend.

The rugby tournament in Japan takes place from 26-28 July at Tokyo Stadium.

Captain Billy Dardis said: "After letting the emotions of the last week settle, it is all starting to get very real for the squad and today’s announcement is an exciting marker for us.

"It is going to be a very challenging Pool but we’ve come up against those three teams regularly before and will take confidence from previous meetings. 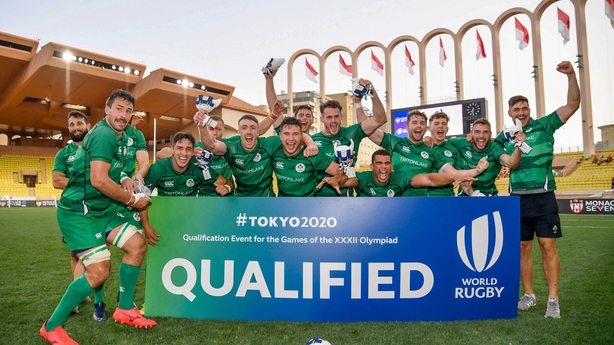 "We’ll focus on preparing for these three teams now over the coming weeks and it’s an exciting time for us.

"We’re really looking forward to getting over to Tokyo and stepping onto the Olympic stage."

The 12 men’s teams have been allocated to three pools of four teams, according to rankings based upon performances in the World Rugby Sevens Series and other World Rugby sanctioned tournaments over the past two years.

Ireland are familiar with their pool opponents having played against all three during the truncated 2020 Sevens Series, while Eddy’s side faced USA at the GB International 7s tournament in May.

In their last encounter, Ireland drew 19-19 with South Africa – the bronze medallists in Rio – during the Los Angeles round of the World Series in 2020, while they went head-to-head with Kenya in Cape Town in December 2019.

Mouthwatering match-ups in the early stages of the men's competition ??