The Lions are set for an eight-match tour, including three tests against world champions South Africa, under strict coronavirus protocols and without travelling supporters.

"In many ways, because the bubble is as such and will be going forward, it has let us develop a siege mentality from the start," Jones said.

"Not against any rugby teams - but against the threats to the tour as a whole.

"The fact that we're spending more time together, there may be a bit of cabin fever," he said. "But hopefully the most positive side effect will be performance and we're all relishing that."

South Africa, who have not played since beating England in the World Cup final in 2019, will warm up for the series with tests against Georgia.

Jones, the game's most capped player with 157 test appearances, including 148 for Wales, is preparing for his fourth tour with the Lions.

"It's the first one in a global pandemic with all the challenges off the field," he said.

"In many ways we're going to have a constant challenge off the field, but when we go on to the pitch that's the opportunity to express ourselves. That isn't going to be wasted."

The Lions face Japan at Murrayfield today with all seven Irish players selected to tour named in the starting team. 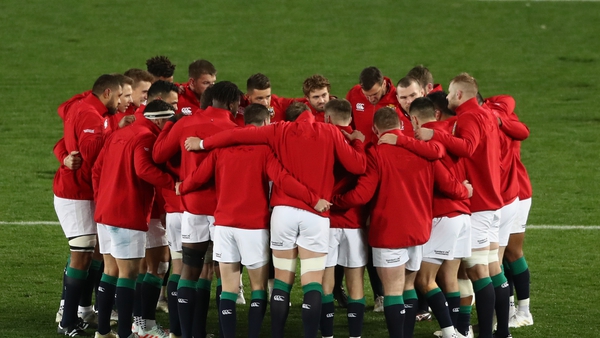