CJ Stander, Tommy O'Donnell and James Cronin will make their final appearances at Thomond Park for Munster as Johann van Graan made seven changes for the Guinness Pro14 Rainbow Cup clash against Cardiff Blues on Friday.

The match will be Munster's last home fixture of the season, with 51-time Ireland cap Stander retiring at the end of the campaign.

Flanker O'Donnell will also retire at the end of the season, while loosehead prop Cronin will depart the province. All three players have been named in the starting side, with Stander captaining the side.

Jean Kleyn will be alongside Wycherley in the second row with Jack O'Donoghue joining Stander and O'Donnell in the back row.

Peter O'Mahony and Gavin Coombes are among the replacements, the latter after returning from illness, while out-half Jack Crowley could make his third appearance off the bench. 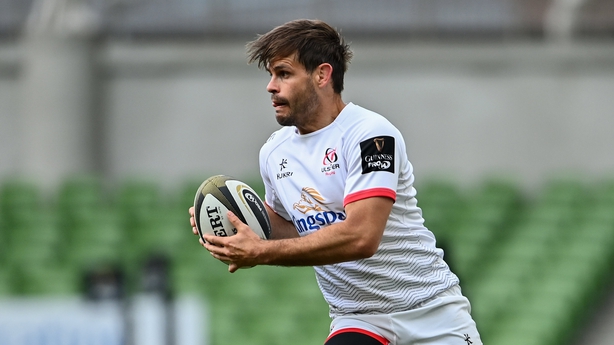 Meanwhile, Ulster have also confirmed the retirement of Louis Ludik.

The South African back departs the province after seven years and 112 appearances, having joined from French side Agen in 2014.

"From the first moment it was announced that I was coming to Belfast, I was accepted, supported, and I felt at home," said Ludik.

"I gave it my all, every single time I stepped onto the field, to try and give back and continue the legacy of those who came before me, and to be deserving of the supporters who stood up for us, every week, without fail.

"Thank you to everyone who has made my time at Ulster – the place I now call home – so special."