Concerns over Johnny Sexton's durability played a part in his omission from the Lions squad, according to head coach Warren Gatland.

The Leinster and Ireland out-half had hoped for a third tour call-up but lost out in the selection battle to England’s Owen Farrell, Wales’ Dan Biggar and Finn Russell of Scotland.

Sexton, 35, missed the Six Nations loss to France with a concussion suffered the previous week against Wales, and was removed from play twice with Leinster in late March and early April after head injury assessments.

"When we looked at where we were going, in South Africa, probably the thing that kept coming back to us was Johnny's durability and being able to put a string of matches together consecutively - and big matches together," said the New Zealander.

"He's been rested on a number of occasions, and unfortunately that's possibly what swayed it for us in terms of us not having the confidence that he can get through what's going to be a tough, physical tour."

"Look, there's no doubt that that was one of the toughest decisions that we had to make.

"And we've got a huge amount of respect for Johnny and his quality.

"But, it's such a pivotal position for us, and it's about sending a message to the 10s that we have selected that we have the confidence and belief in them to do a job."

Catch up on the @lionsofficial squad announcement earlier today. pic.twitter.com/uibUeu9LDk

"Obviously there is a little bit of concern about the concussions and stuff like that, there’s no doubting that," he said.

"Look, he’s a fantastic player, I’m not questioning that whatsoever but it’s very difficult where we’re going with the physicality and presence we’re going to bring, and the other boys are very, very good themselves.

"So it was very difficult, whoever was going to miss out was going to be extremely disappointed and rightly so and just as I said, sadly at this point in time it’s Johnny. 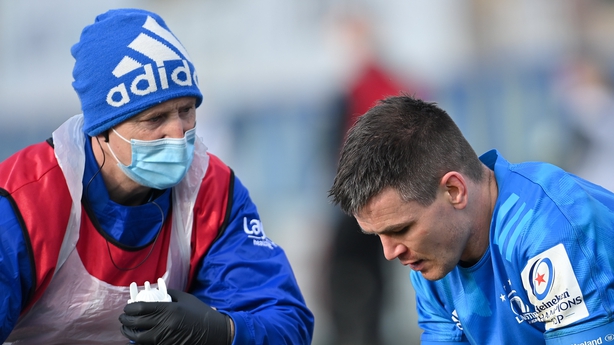 "He’s a fantastic player and he’s been exceptional on the last two Lions tours that I’ve been on, he’s been very good with myself.

"I just see myself as a facilitator for these boys. They’re the best of the best when they turn up and we try to keep them doing the same stuff that they do whether it be with Ireland, Scotland, England or Wales.

"He had a good Six Nations but the other guys did as well. Owen is a fantastic player and been there and done it himself. It’s not an easy decision by any stretch of the imagination."

After missing out against Les Bleus, Sexton completed the full 80 minutes in Ireland’s wins over Italy, Scotland and England and finished the tournament as top scorer, landing 25 of 26 kicks at goal.

"His goal-kicking in this Six Nations has been very, very good, the best I’ve seen him kick, off the floor especially," said Jenkins, who kicked five penalties in both of the Lions’ Test wins over the Springboks in 1997. 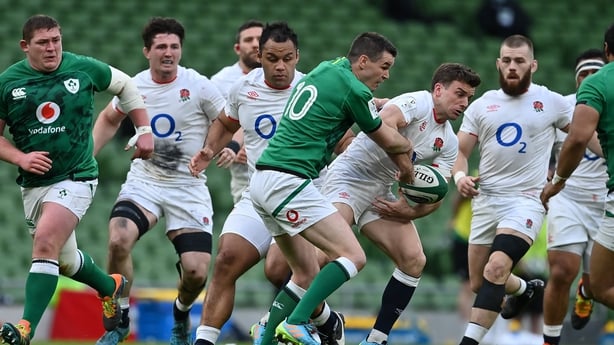 "I know he’s very good anyway but he’s been exceptional in this Six Nations.

"Look it’s very, very tough. We’ve got Dan Biggar in Wales, Finn Russell, Owen Farrell and obviously Johnny. Someone was going to miss out and Finn missed out four years ago and this time, sadly, it’s Johnny.

"I don’t think it’s an easy way to go around it really. He’s a fantastic player and it’s very difficult to pick [from] the four of them and just sadly at this moment in time Johnny has missed out."

Assistant coach Gregor Townsend added: "Johnny showed against Scotland and England that he’s one of the 10s in the world.

"Not only does it show the quality of player that we have in our squad that Johnny doesn’t make it, it probably shows what we think will be a huge physical demand on each player out there with the games that come and he’s been unfortunate to miss out because of those reasons."

In total, Ireland have eight representatives in the 37-man squad with Leinster lock James Ryan another surprise omission.

On the absence of Ryan, Gatland said: "James has been pretty unlucky. I thought we an example - for me - last weekend with Leinster against La Rochelle. 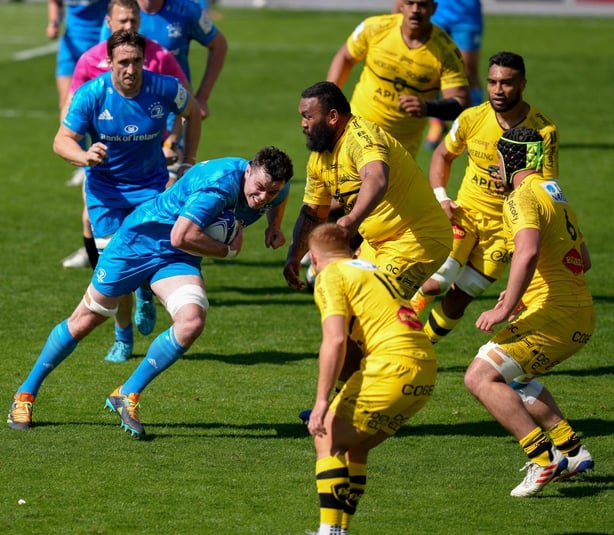 "And if you want to have a look at a match, probably the La Rochelle side reminded me of what we're going to face in South Africa.

"And probably in the last couple of years with Leinster, and a couple of those big games.... I know they were really good against Exeter, we saw in that weekend, and we saw probably 12-months ago against Saracens in the European match where people have really gone pretty hard at them physically up front."

Speaking ahead of the announcement, Leinster senior coach Stuart Lancaster told RTÉ Sport: "For any player who isn't successful in the initial selection, there’s an awful lot of rugby to go before they get on the plane.

"And when they get on the plane, they’ve got to play Japan, four highly motivated [South Africa clubs], as well as three Test matches so I’d be absolutely amazed if the [37] that get picked are the ony [37] that end up playing.

"If I was close but not picked I’d be hoping to stay fit and be ready."

The Lions are due to face Japan in Murrayfield on 26 June and the first of three Tests on consecutive Saturdays against the Springboks is in Johannesburg on 27 July. 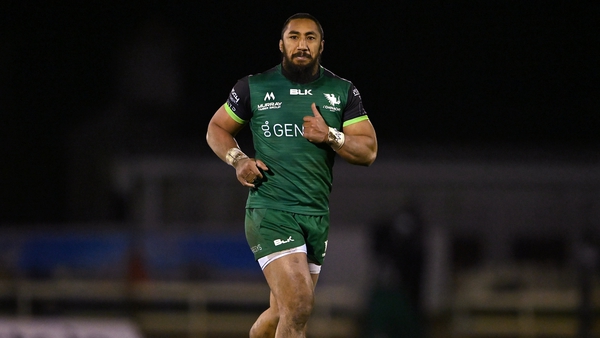