Johnny Sexton has not been named in the 2021 Lions squad, with Warren Gatland including eight Irish players in his squad of 37 to travel to South Africa.

James Ryan is another notable Irish exclusion, with Henderson and Beirne getting the nod ahead of the Leinster man. Garry Ringrose is another Leinster and Ireland star left disappointed after being widely tipped to travel.

Sexton, the 2018 world player of the year hasn't played since suffering a head injury in Leinster’s Heineken Champions Cup quarter-final win over Exeter in April. It was the third time he had suffered a head injury since February.

Speaking on RTÉ's Late Late Show on 16 April, Sexton was hopeful of getting a third call-up.

"I don’t know," he said when asked if he had plans to go to South Africa. "We didn’t get any Irish coaches on so hopefully that doesn’t have any bearing on selection.

"We’ll see, we’ll see. It’s something that I’ve always aimed for but it’s down to a few people’s opinions and hopefully I did enough in the Six Nations but time will tell.

"There are a lot of good out-halves around at the moment fighting for a place with Leinster and Ireland as well so we’ll see what happens." 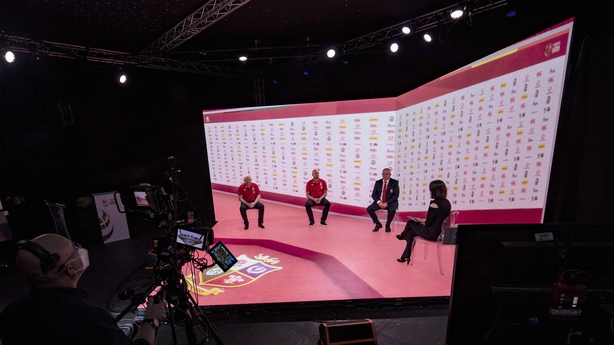 Warren Gatland today named his 37-man squad, with 11 English players, 10 Welsh and eight Scots joining the Irish contingent for the Tour, which takes place from 3 July to 7 August.

Sam Simmonds has been named in the Lions squad, but Ireland captain Sexton is among several high-profile omissions.

Simmonds, the Exeter number eight and current European player of the year, has been picked by Gatland despite being consistently overlooked by England since winning the last of his seven caps in 2018.

He is joined by fellow bolters and centres Aki and Scotland's Chris Harris, with Manu Tuilagi left out as he approaches his comeback from an Achilles injury.

However, Sexton is unable to force his way into the squad, as are Jonathan Davies, Sam Underhill, Billy Vunipola and Josh Navidi.

Gatland knows taking on the world champions will be a huge challenge.

"It's probably using the experience from the last tour. Back in 2009 we played pretty well in the lead-up but the physicality they brought to the first Test was something we weren't quite ready for.

"We came away thinking we'd done a pretty good job, restored some respect back into the jersey. But we were disappointed, we felt we could have drawn or even won.

"We're going back to South Africa with the ultimate goal of continuing what we've built on and building the Lions brand. It's unique, it's incredibly special."

Gatland said: "To those players that have been selected, congratulations. I know it's going to be challenging for a number of aspects. I just hope firstly that they thoroughly enjoy the tour and represent their four home nations the best they possibly can."

On naming 37 players rather than the expected 36, Gatland said: "Particularly looking at our loose forwards, and the attrition, getting an extra number there is a bit of a back-up. We wanted to keep the numbers down but a 37-man squad was something we looked at yesterday."

Welsh captain and lock Alun Wyn Jones will captain the Lions for the three-Test series against the current world champions.

BUNDEE IS A LION! 🦁 pic.twitter.com/3OnWO0zPUz Warren Gatland on Lions squad: 'We are going to have a good mix'