The only changes in the match-day 23 sees the uncapped Amee-Leigh Murphy Crowe and hooker Emma Hooban named among the replacements.

Griggs has kept faith with the side that demolished Wales 45-0 in Cardiff last weekend for their first home game of the 2021 Championship for a game that had been in doubt after France was added to the Government's list of mandatory hotel quarantine for incoming travellers.

The IRFU has told RTÉ Sport however that the authorities have given the green light for the match, the winners of which will play England in the tournament final on 24 April.

Ciara Griffin once again captains the side from the back row, where she is joined by Dorothy Wall and Claire Molloy. Lindsay Peat, Cliodhna Moloney and Linda Djougang make up the front row, with locks Aoife McDermott and Nichola Fryday completing the pack.

It is the final game in Pool B in the restructured Six Nations, with Les Bleus recording a 53-0 win over Wales. Pool A is made up of defending champions England, Italy and Scotland.

"We know France will be another step up in terms of intensity and physicality and have quality players across the park," says Griggs.

"We have spoken a lot in this group about testing ourselves against world class opposition, Ultimately, we have to stay focused on improving our own game with each performance so to play the fourth ranked team in the world will give us a great indication of where we are currently at." 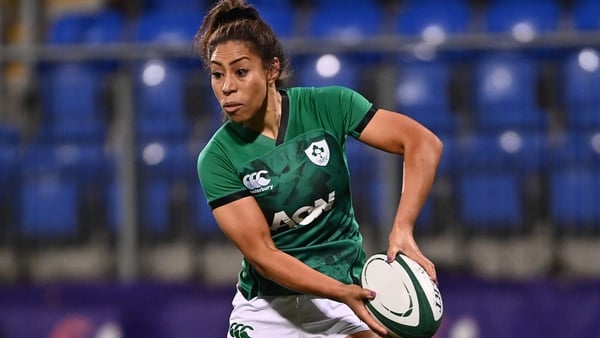 We're capable of competing with the best - Sene Naoupu