The fate of Ireland's Women's Six Nations clash with France remains in the balance as the Government continues to establish a workable solution for elite sports travel amidst the ongoing Covid-19 pandemic.

France are set to travel to Dublin for Saturday's encounter, however, with the country on the mandatory hotel quarantine list, the visiting rugby team would not be permitted to play.

However, once an elite sport policy has been approved, the IRFU will most likely have to present a logistical plan to Sport Ireland to get approval for the arriving team from France.

The Minister of State for Sport Jack Chambers has said plans are being worked out to exempt elite sportspeople from mandatory hotel quarantine and to put in place an equivalent 'robust' system to allow them to compete.

RTÉ News understands there is confidence in Government Buildings that this can be finalised in time for the France team to travel to Dublin for Saturday's game.

Minister Chambers told RTÉ's News at One that the system under consideration would see a high performance athlete or team returning to Ireland from an overseas event or training subjected to a quarantine system that would enable them to continue to train, but limit all social and other interactions.

He said that the governing body for each sportsperson or team must present a plan to Sport Ireland ahead of inbound travel that adheres to strict and clear protocols and is underpinned by public health concerns.

Minister Chambers said that the plans will require the approval of the HSE on a case-by-case basis, including for teams coming to Ireland to play a match.

Ireland ready and raring to go for France visit - Parsons

He said that many Irish Olympians and Paralympians still have to qualify for this year's Summer Games and need to attend events abroad for classification and quarantine.

He said that a 'robust' system is needed to allow them to attend and to continue their training when they return while limiting other interactions.

Minister Chambers said that many elite and professional teams operate in a 'travel bubble' with limited social interaction.

He said that Sport Ireland will police the system and consider how the teams will travel to pitches and training grounds and ensure they are enabled only to continue specific training activities, with any breaches taken very seriously.

He said that Sport Ireland are engaging with hotel providers to provide a facility that could be used for athletes and teams. 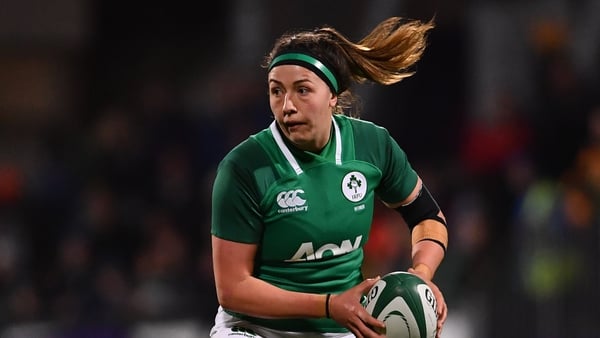