Nobody was happy that's Leinster’s Champions Cup game against Toulon got called off but centre Rory O’Loughlin had more reason than most to rue the cancellation.

The centre had racked up six consecutive 80-minute appearances for Leinster since the middle of February and was set to make his first European performance of the season against the French outfit last Friday.

However, a positive Covid-19 test in the visitors camp scuppered the fixture, with EPCR subsequently awarding the game to the 2018 winners, setting up a quarter-final clash with Exeter in Sandy Park on Saturday.

The 27-year-old explained how he learned that the match, which had a 5.30pm start, was off: "Just before 1pm we got a notification in our team app that we had to go on a Zoom call in five minutes or so.

"After that I just went on to Twitter and typed in Toulon-Leinster and saw what the news was.

"We came in for a gym session at 3pm, I suppose to do something with all the carb-loading that we did for a game that wasn’t going to be played so we just had a gym session from 3-4 and that was us for the weekend.

"We sat back and watched everyone else playing." 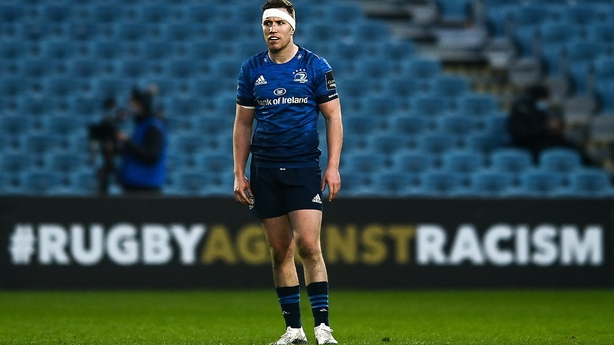 Given Leo Cullen's side had just a six-day turnaround from their Guinness Pro14 final win over Munster, the bye may have been seen as a blessing by some ahead of their clash with the reigning European and English champions, who hammered Lyon 47-25 last weekend.

But that's not how O’Loughlin, who was in line for his 81st appearance in blue, saw it.

"I personally prefer to go straight back into a game," he said.

"That was one of the disappointing things of last weekend.

"For me to be able to get the opportunity to play knockout rugby in the 13 position that I haven’t gotten many opportunities [in], it was quite disappointing.

"In a way it could be seen as an advantage. We were pretty much fully ready to go; the fact that it was called [off] so late it was definitely a low among the squad, especially on the Friday.

"It takes away from the amount of work we did that week but then again the advantage will be that we didn’t have to play 80 minutes and there's a freshness in the body today going into training." 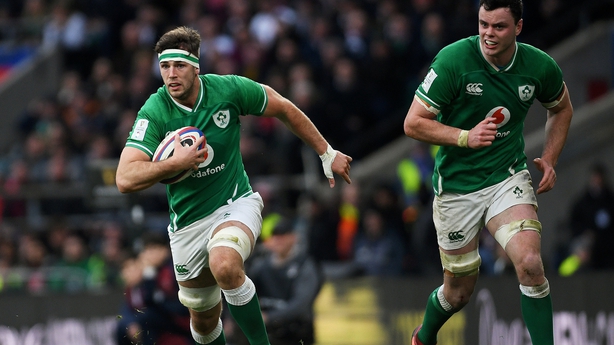 Meanwhile, Leinster will continue to be without Caelan Doris and James Ryan with no date set for the return of the two Ireland forwards, both of whom are recovering from concussions.

"No, we don’t [have a definite timeline]," said attack coach Felipe Contepomi. "They are increasing their training with the team.

"We don’t take it lightly here. We give them the time they [need] and we’ll get the advice of experts.

"It’s not day-to-day but it takes time, we’d rather get it wrong by giving them more time than giving them less time.

"We all want to have them playing but it’s a serious matter."

Scrum-half Jamison Gibson-Park will be assessed this week after injuring his hamstring in training last week; centre Tommy O’Brien is in the same category with an ankle issue.

Prop Vakh Abdaladze has recovered from a long-standing back injury and is available.

Lock Jack Dunne, however, is out for 16 weeks with a fractured ankle.