Places at the top table of European rugby were whittled down at the weekend, with Leinster now the only Irish team still in with a chance of Heineken Champions Cup glory, even though they couldn't play on Friday night.

Unfortunately, their tie with Toulon was called off after Covid-19 restrictions prevented the French team from competing in the match.

Toulon made the trip to Dublin and believed they did everything right for the game to go ahead. An unnamed player, who did not travel to Ireland, returned a positive test but tournament organisers EPCR ruled that the match would not go ahead.

There were no winners in this situation. Toulon were forced to concede the fixture and are subsequently go out of the competition, leaving five other French teams battling to become crowned the champions of Europe.

Meanwhile, Leinster go straight through to their quarter-final clash away to Exeter next week with one game less under their belt. It might be an advantage considering some of their Irish players will be afforded extra time off to sort their battered bodies. Nevertheless, I don’t think that’s what they wanted.

Leo Cullen was quite vocal last year in his thoughts surrounding the lack of competition in the Pro14 and it was one of the factors blamed for his side not getting up to full speed in crunch European tests.

Not being given the chance to get a win at home against Toulon will hinder their approach to the game this weekend, particularly when you consider they have a lot of internationals in the panel.

They need their players to play together and gel and with less game time now and a quicker run-in to the final, they will feel that it was an opportunity missed. Of course, that’s if you assume they were going to win the game which they were favourites going into.

If you look at how Munster got blown away in the early period of the second half against Toulouse, it shows exactly why you need to be competing against teams of that quality as often as you can to get closer to the speed the top European showdowns are played at. You also have to learn to stay at that pace for the entirety of the game.

Clermont v Wasps was another ferocious game, played at an intensity above domestic action, with a physicality that is much closer to international rugby than it is to the respective leagues. 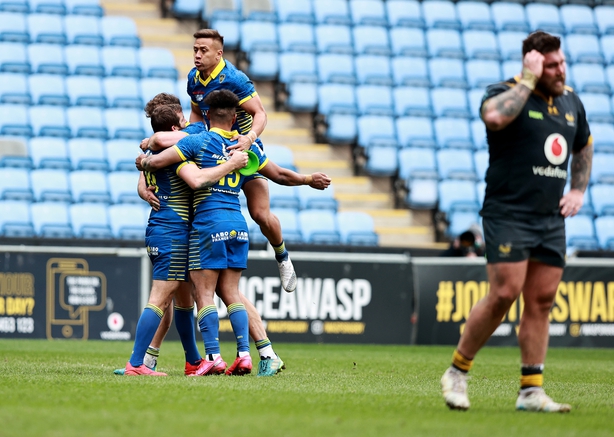 It shows how fast the game is when a player like Kotaro Matsushima, who was brought into the team for his running and counter-attack ability, didn’t have the gas to run the ball back later in the game while Clermont were trailing against Wasps. He did recover though to cross the line in the final play, with the ice cool Camille Lopez converting to put his team through to the quarter-final stage.

Wasps were unfortunate to come up short but that just shows you how European rugby takes no prisoners. To compete with bigger teams, with larger squads and looser budgets, you can perform for close to 80 minutes while taking all your opportunities and they might still pip you at the end.

This is a lesson that Munster learned at the weekend too. Toulouse decided to keep the game tighter at the start of the second half and allowed Antoine Dupont to work his magic.

He didn’t have much of a bearing on the first 40 minutes, after his link-up play early in the first half with Romain Ntamack. However, it was the first 10 minutes of the second half when he showed what he is all about.

It’s hard to understand how Munster couldn’t stop the rumble from Toulouse, but it makes sense when you look closer at it. Dupont lifted the tempo and lifted the ball out of rucks while encouraging others to get with him.

This was highlighted by the actions of full-back Maxime Medard sniffing around at the back of the ruck while even lifting the ball from one of them himself. It was a Toulouse power play and it didn’t take many, if any, missed tackles to end up in the Munster 22. 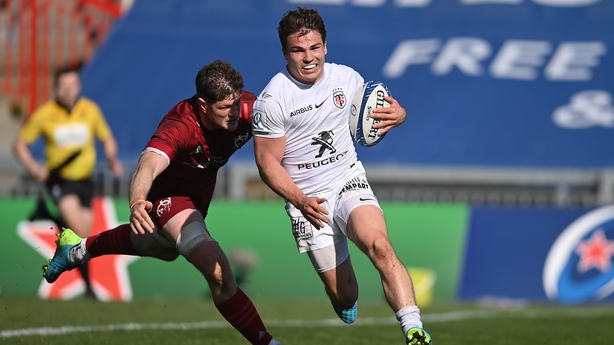 That’s the thing about these European giants. They don’t always have to create space to move you around. They win collisions. They win them repeatedly and they march you into your own half. They create quick ball through dominating the contact area in rucks and in their ball carrying.

Having said that, they’re not bad when they get the ball into space either. The offloading game is tough to manage as well so they can hit you with varying styles of play within the same match.

The wide game suddenly went against them when Munster decided to up the tempo themselves. Toulouse didn’t panic, they went back to their power game and got a handle on proceedings again.

Dupont showed his quality with his up-field support lines to get on the end of two tries. It takes bravery to run ahead of the defensive line but also tremendous fitness to continue to do this for the whole game. He can mix doing more obvious attacking play with performing the basics of the game around the ruck. The tempo that he brings is what really sets him apart from the rest of the world's scrum-halves at the moment

It’s so tough for the likes of Munster and Wasps, who would feel like they’re almost there when competing with these bigger teams. Munster were three points up with 14 minutes to play but you have to be so consistent and play for the whole thing to beat the likes of Racing, Toulouse and even Leinster and Exeter too.

Wasps were winning with the clock in the red before Clermont shattered their hopes. 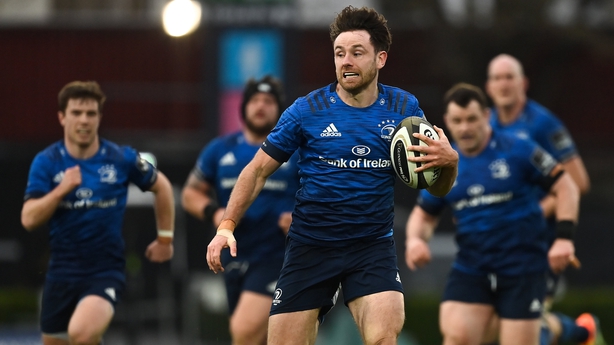 It’s no coincidence that the French national side are really progressing now and with their starting half-back pairing running the show for Toulouse, the turnaround in French and Toulouse rugby is almost a linear relationship.

It’s similar for all French teams though: the revival of Les Bleus coincides with the return of French dominance in the European competition, with five French teams taking up positions in the last eight of the tournament.

Only three of these teams can go through because of the two all-French encounters but it means that at least two of the last four will be from the Top 14.

Leinster and Exeter have as good a chance as any of the French sides and will go head-to-head next weekend.

Exeter might fancy themselves as the more powerful side with the size of their pack but both teams play a nice brand of rugby, mixing clever forward play with exciting back lines. It’s going to take something special and consistent over the next few weeks to upset the French momentum but both teams are capable of it.

The Champions Cup has separated some of the more dominant European teams from the rest of the bunch with only one or two outsiders hanging on now. By the time the semi-finals come around, there won’t be many surprises, bar the possible inclusion of Ronan O'Gara’s La Rochelle.

There’s a gap between the top European teams and the rest of the pack. Unfortunately, our Irish provinces and Pro14 rugby in general, aren’t well represented in the Champions Cup at the business end of the season.