Andy Farrell's side led for most of the game but a late surge by the hosts made for a nervous ending.

Tries in either half from Robbie Henshaw and man of the match Tadhg Beirne, and the boot of Sexton, proved enough for Ireland to claim a tenth win in 11 meetings with the Scots, who had drawn level with six minutes to play.

Scotland couldn't wrangle any possession from their visitors in the opening ten minutes and Ireland were good value for an 8-0 lead.

Sexton tapped over a penalty from in front of the posts in the fourth minute when Finn Russell prevented quick ball at a ruck.

Sexton was instrumental in the first try of the game, too, the out-half sending up a Garryowen that was knocked back by Henshaw and then while playing a knock-on advantage cross-kicked for Earls, who couldn’t gather. 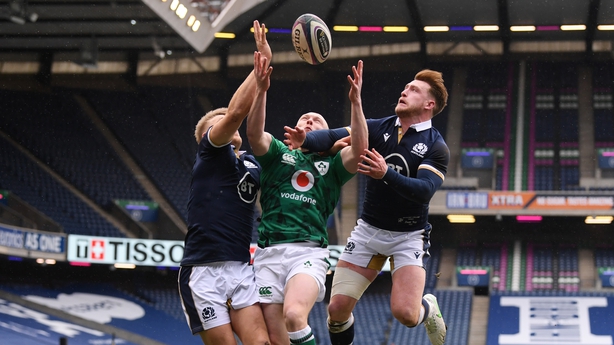 However, Henshaw was on hand to dot down, although Sexton missed the conversion.

Russell cut the deficit with a penalty in the 12th minute when Tadhg Furlong played the ball on the ground.

Scotland were living off scraps in a stop-start encounter.

Their lineout, in particular, was a source of joy for Ireland, who stole four of five Scottish throws in the first 40 minutes.

Beirne, a menace in the loose, too, was helping to deny the Scots primary possession having worked their way into decent positions.

Prop Furlong sidestepped George Turner and Russell inside the Irish 22 but it came to nothing and moments later Scotland got their opening try in the 28th minute.

CJ Stander, winning his 50th cap, turned the ball over but Garry Ringrose’s clearance was blocked down by Stuart Hogg, who hacked ahead. 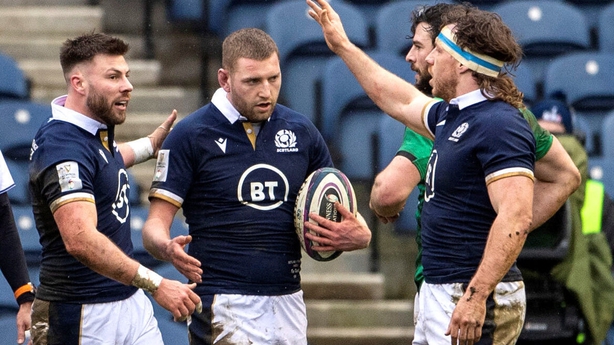 What looked like a knock on seemed to stun the Irish defence but Russell followed up with his own kick ahead and gathered.

The try was awarded and a subsequent replay showed referee Romain Poite made the right call. The Racing 92 man converted from under the posts.

The lead, however, lasted only eight minutes.

Russell, in turn, missed a kick at goal and Ireland finished on a high when Sexton landed a long-range penalty following an offside by Ali Price.

Ireland, who had won one from three in the competition, didn’t have to wait long for their second try.

It was blindside flanker Beirne this time on hand after a series of rucks to barge over for his second try in four games. 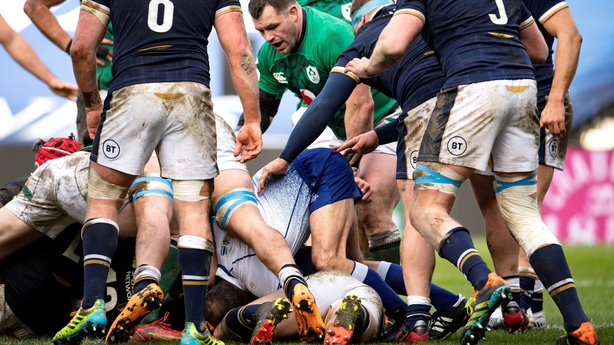 Sexton converted and then added a penalty to hand Ireland a well-deserved 24-10 lead with 25 minutes to play.

But Scotland weren’t prepared to give up their own championship hopes like that and Huw Jones sliced through the backline – with James Lowe’s tackle technique again exposed – for a try that was converted by Hogg.

Gregor Townsend’s men pushed hard for the next 15 minutes and were rewarded with Hamish Watson’s try, which was converted by Hogg to level the game with six minutes left.

However, the pendulum was to swing one final time and Ireland, through Ryan Baird, earned a penalty.

The nerveless Sexton swerved his kick just inside the left-hand post and Ireland got over the line. 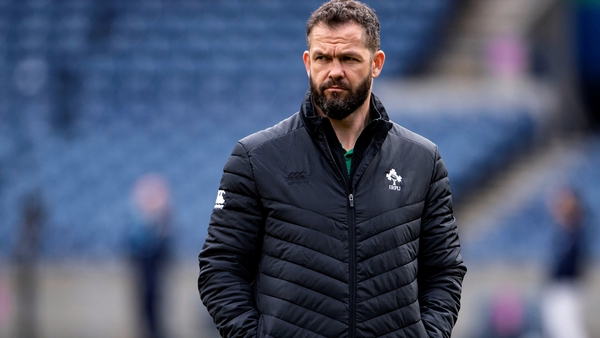 'Overriding feeling is one of pride' - Farrell