Dan Leavy's rugby world came full circle in Montpellier as he marked his first appearance in the Heineken Champions Cup since March 2019 with the bonus-point try for Leinster in their 35-14 win.

The former Ireland flanker suffered a horrific injury in the quarter-final against Ulster in Dublin in his previous European outing and has only just been able to resume playing.

When he crossed from a driving line-out in the 69th minute for the fourth of five Leinster tries there were some special congratulations from his team-mates.

"Dan has had his return this season with the internationals away. Everyone is delighted to see him back at this level and that try will have buried a few demons for him," said delighted Leinster head coach Leo Cullen.

"It was always going to be a difficult week for us with a number of guys having been away for a decent chunk of time. Six international games in seven weeks, and another week away before that.

"You aren't really sure how guys come through, but they all pitched up and were keen to be involved."

Even so, Cullen put seven of his front-line international players on the bench as he put his faith in the players who had won all seven games in the PRO14 to date this season - even against a Montpellier side that had won in ASM Clermont Auvergne last weekend.

"We had to make some assessments on what we already had and, because we had no game the week before, we had the chance to look at Montpellier in a bit more detail with that group. That's why we made some of the calls we did," added Cullen.

"Overall we are pretty happy to get through with a bonus point as well. There was good tempo and the fact Josh (van der Flier) got over so early to score that try made a difference because it meant we weren't chasing the game.

"We had good variety in our attack and the kick from Ross to Dave was an important score for us. It got a bit stop-start when the subs came in during the second half."

Irish skipper Johnny Sexton was pulled out of the matchday squad earlier in the day after feeling some tightness in a dead leg he picked up during the Nations Cup. He should be ready to face Northampton next weekend.

"There was a bit of uncertainty with Johnny at the start of the week but he came through training on Thursday," said Cullen.

"He still felt a bit of tightness in his dead leg in the team run. He was mad keen to be involved, which is why we named him, but we made the call on game day to pull him out."

Northampton lost to Bordeaux-Begles at home on Friday and director of rugby Chris Boyd suggested he might take a second team to Dublin for round two.

"You are sometimes nervous playing against the younger teams and I know Northampton have a lot of young talent in their ranks. We just need to prepare well," added Cullen.

"There have been a huge number of away wins in the competition on the first weekend. No crowds takes away a bit of the home-field advantage, so we just need to have a good week to kick on as a group." 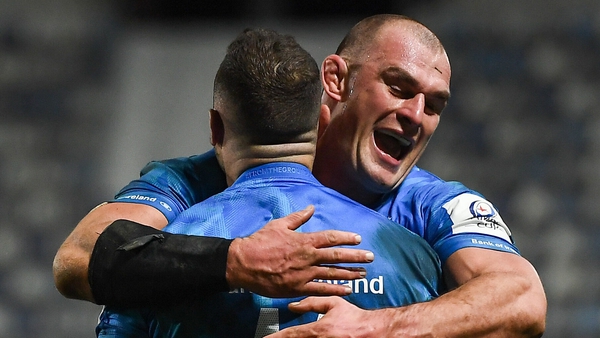