Connacht boss Andy Friend says his side are not feeling sorry for themselves and "count their blessings" despite a number of setbacks ahead of their clash against Racing 92.

The westerners face last year's beaten finalists in the first round of their Heineken Champions Cup campaign on Sunday (3.15pm Irish time).

Lying second in the Guinness Pro14 Conference B table, they have already seen two games postponed due to Covid outbreaks in their opponents’ camps, while Friend has been left without four squad members after a positive test in Connacht panel this week.

An opening-round tie at the La Defence Arena in Paris against a Racing side narrowly defeated in the final by Exeter just under two months ago could hardly be any more daunting but, in the midst of a pandemic, Friend is philosophical. 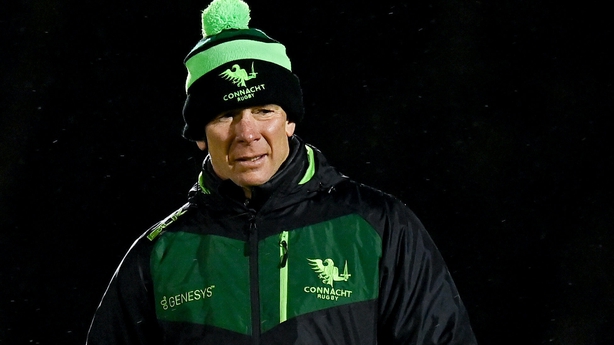 "We are [privileged] and that’s not lost on us," the Australia told RTÉ Sport.

"The word 'perspective’ has been used a lot during this period and everything [is] in perspective.

"We’ve had our own frustrations with games postponed but you look at it and say, ‘is that really a hassle?’ No, it’s not because we are still doing what we love.

"We are still working, we are still getting paid, albeit at it a slightly lower rate but that doesn’t matter because we’ve got a job.

"We are able to go out and do what it is we do love. We all count our blessings and realise that we are in a privileged position.

"The good thing is we want to give people hope and something to smile about." 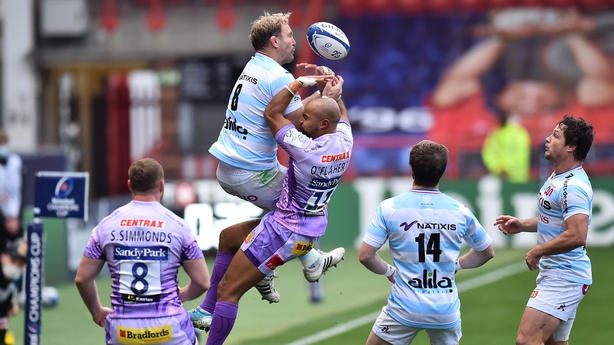 "No doubt when we get there we’ll have our game prep, there’ll be the ‘oohs’ and the ‘aahs’ about the stadium and everything it does," said Friend, whose side will welcome Bristol to the Sportsground next weekend.

"We like to see it at full capacity which it won’t be. Once that’s out of the way it’s down to what we can do on 80 minutes of football on the rectangle.

"We’ve got a big focus on how we prepare. 80% of our game has to be about us, what we can control. No doubt we will look at Racing and we know they have got threats across the park.

"We have identified theirs and we think we have a shot at them. It’s good to know the enemy so we will know them but it’s all about what we do.

"As a squad, a collective and as individuals, there are some world-class players. As a coach, as players you want to pitch yourselves against the best so it’s an opportunity for us.

"Racing is a great challenge to start with.

"We are excited but at the end of the day it’s a rectangle 100m long and 70m wide so it’s what happen in between that."

Follow Montpellier v Leinster (kick-off 5.30pm) with our live blog on rte.ie/sport or listen to live commentary on Saturday Sport on RTÉ Radio 1.