The Heineken Champions Cup has a new format this season and it's not straightforward.

Such is the nature of the condensed sporting season, the international rugby window has just finished and many of those in action over six Ireland games, both Six Nations and Autumn Nations Cup, are straight back into high-class competition.

With three leagues – Pro14, Top14 and Premiership – feeding the competition, there was a tiered system (1-4) involved but that really just served to slot the teams into the relevant pools of 12, of which there are two, and decide who they face; it doesn’t come into play from here on in.

In simple terms, the four Irish provinces each play one French and one English team home and away.

You can watch the explainer video here.

There's a new format for the @ChampionsCup next season. Check out what that means for the four provinces here #RTERugby #RTESport pic.twitter.com/xET9G7HO4s

However, it's not a mini group within a pool. Connacht, for instance, play Racing 92 and Bristol, but those two don’t face each other.

Following the four pool games, the top four from each of two groups of 12 qualify for the quarter-finals, which will be two-leg affairs.

The winner on aggregate progresses to the semi-final, which like the final, will be a one-off tie.

Teams finishing from fifth to eighth in each pool will parachute into the last 16 of the Challenge Cup.

Leinster, beaten at the quarter-final stage last season by Saracens, are the only Irish side in Pool A and are a Tier 1 side based on winning the Guinness Pro14 last season.

Leo Cullen's side will face Montpellier and Northampton, kicking off their campaign in France tomorrow evening (5.30pm).

The Blues were flawless in the pool stages last season, winning six from six, and their last meetings with Montpellier came in the 2017/18 season.

The Dublin-based outfit won 24-17 in the RDS in the first group game and 23-14 in the GGL Stadium in the final round. 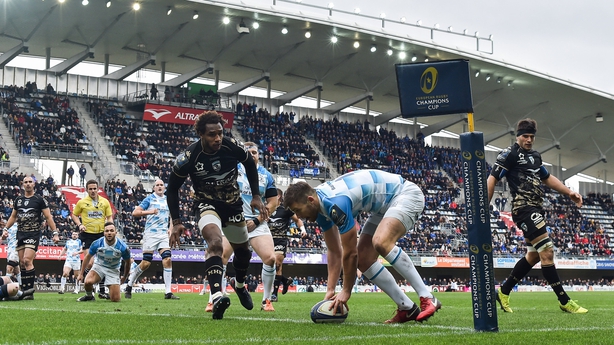 Montpellier, who boast Handre Pollard, Guilhem Guirado, Louis Picamoles and Anthony Bouthier among their number, currently lie 11th in the Top 14 having lost five of their eight games so far, however, they have played fewer matches with most teams having played 10 or 11 games.

"Of all weeks, it's hugely important that everyone is singing off the same hymn sheet," lock Devin Toner told RTÉ Sport.

"We've a lot of guys from international camp coming back in. They don't have that much time to prepare but we've had a really good block of games here. We've put some good scores and good wins in."

The Saints, under director of rugby Chris Boyd, are currently bottom of the Premiership with three defeats from three.

Leinster, who find themselves second in their Pro14 conference with seven bonus-point wins from seven, beat Northampton home and away last season and, of course, claimed their second Heineken Cup title by defeating the English side in the 2011 decider.

Two-time champions Munster begin their quest on Sunday with a home tie against Harlequins (5.30pm), where former Reds hooker and coach Jerry Flannery is part of the backroom staff.

Johann van Graan's side sit pretty at the top of Conference B, with seven wins from seven games.

The London-based side, who have won two of their opening three league games, failed to get out of pool containing Ulster and Clermont last season.

Following the visit of Quins, Munster go on the road to face Clermont, who have begun their domestic season with six wins and three losses. 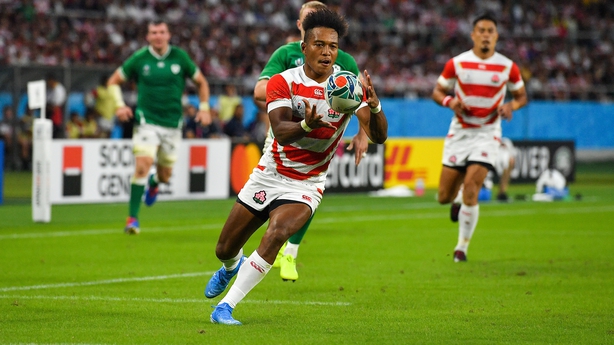 The three-time Challenge Cup winners count Sebastien Bezy, Morgan Parra, Damian Penaud and Kotaro Matsushima, one of the Japan team that beat Ireland in 2019, among their number.

Munster, who faced finalists Racing 92 and Saracens, failed to emerge from their pool last season having qualified for the semi-finals for the previous three years.

"We'd love to qualify for the quarter-finals," said Van Graan.

"But there's a lot of teams and a lot of quality, and there are 11 other teams in our side of the draw that we've got to compete with. The only thing we can control is our performance."

They have impressed so far this season but have to contend without Joey Carbery and RG Snyman, two big names on the long-term injury list.

The 1999 champions are first up, kicking off their pool stage with the visit of Toulouse to the Kingspan Stadium tonight (8pm, live on RTÉ Radio 1 Extra), where 500 supporters will be in attendance.

Ulster, top of Guinness Pro14 Conference A, will be without a number of would-be starters for the game with Billy Burns, Iain Henderson, Rob Lyttle, Will Addison and Louis Ludik among others on the treatment table.

It's a repeat of the quarter-final from mid-September when Ulster, who finished second in their pool to progress, came up way short in a 36-8 defeat in Stade Ernest-Wallon.

Toulouse, who like Leinster have won the competition four times, were subsequently beaten by Racing 92 in the semi-final.

Cheslin Kolbe, Romain Ntamack and Antoine Dupont are the notorious danger men in the backline, while Josh Brennan, son of former Ireland international Trevor, is knocking on the door for a place in the second row for the 2018/19 French champions. 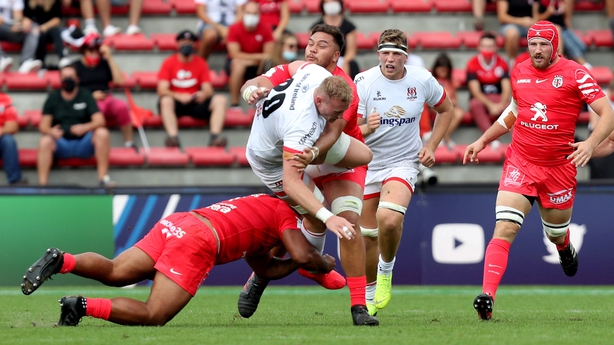 "It is a totally different world coming into Europe, we are playing against a Toulouse team that is packed with size and experience up front and unbelievable plethora of talent in the backs," said head coach Dan McFarland of the step up from the Pro14 to Europe.

"So it is a different world and we won't know whether that lack of being tested over the last wee while is going to count against us."

It’s a trip to Gloucester (one win from three in the Premiership) next up for McFarland’s men.

George Skivington is the man in charge at the Kingsholm Stadium following David Humphreys’ departure.

They finished second in a group containing Connacht and Toulouse last season but failed to progress to the knockout stages.

They will be in Paris on Sunday (3.15pm) to face Simon Zebo and Donnacha Ryan’s side, who are third in the Top 14 with seven wins in 10 games.

Andy Friend’s charges have won four of six games in the Pro14, with two of their fixtures to date postponed due to Covid outbreaks in their Welsh opponents’ camps.

The visit of the Bears on 20 December will mean a reunion with former coach Pat Lam, who led the Westerners to their finest hour, the 2016 Pro12 final win over Leinster. 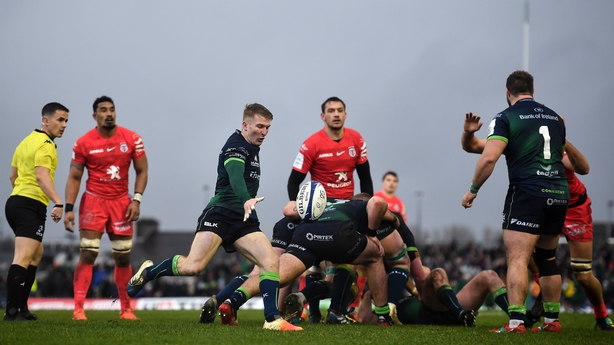 Connacht legend John Muldoon is also a coach with the English side, who sit third in their domestic table, while ex-Leinster hooker Bryan Byrne is getting game time at Ashton Gate.

"We've got two really big teams to start this season off with Racing and Bristol," said Friend, whose side claimed home wins over Montpellier and Gloucester last season but lost home and away to Toulouse.

"We're focusing purely on Racing at the minute but it's a great stage and one we're proud to be on, but one we believe we should be on."