The sight of an Irish backrow struggling to make inroads at Twickenham is a worry going forward, says former Ireland flanker Stephen Ferris.

On Saturday England made it four wins in a row against the men in green, further cementing their position in the inaugural Autumn Nations Cup with an 18-7 victory.

On top in many facets of play, the English backrow trio of Tom Curry, Sam Underhill, Billy Vunipola certainly had the upperhand on their Irish counterparts and speaking on 2fm's Game On, the 35-cap international is concerned about Ireland’s ability to pack a punch in this area of the team.

"CJ Stander was anonymous," he said. "Caelan Doris was banging on the door, trying as hard as he could, he was getting knocked back every time. Peter O’Mahony was trying his socks off, but we just couldn’t get any momentum, any gainline whatsoever.

"When we come up against South Africa, New Zealand, Australia at the minute have the bit between their teeth, Argentina are getting stronger too, that’s the worrying thing."

Ferris was part of the RTÉ panel for the defeat in Twickenham, where fellow pundit Eddie O'Sullivan was scathing of the Irish approach on the day.

The former Ireland head coach said Ireland were "generally awful" and from his viewpoint, there was no coherent gameplan to take on England.

Ferris says that while Andy Farrell’s plan may have been predictable, he disagrees with O’Sullivan over the lack of a perceived strategy.

"Of course there was a game plan, I just don’t think the guys executed it that well. You sometimes have to go backwards three or four phases, to get an edge

"It was unfortunate that Ireland were getting nailed back every single time. Their kicking wasn’t as accurate as it might have been and it felt like we were a little too predictable.

"I don’t know if the gameplan was to take England on – I highly doubt that – but with the set-piece not functioning the way you expect, you are struggling for options and find yourself chasing the game." 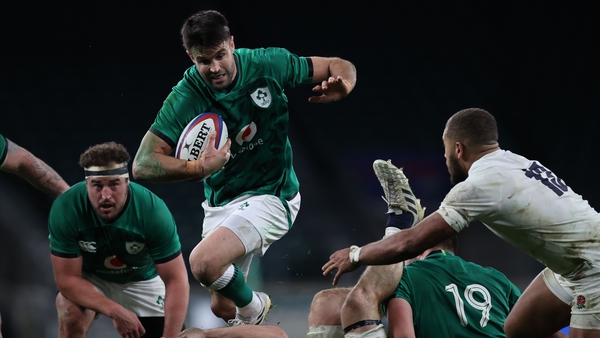 Conor Murray: Belief grows despite another Twickenham defeat for Ireland