George Ford has been included in England's 25-man squad to take on Ireland (live on RTÉ One) in Saturday’s Autumn Nations Cup clash at Twickenham.

The out-half has recovered from an Achilles injury and could regain the number 10 jersey, with Owen Farrell possibly moving to centre.

Jack Willis has been overlooked by Eddie Jones despite impressing against Georgia last week.

Willis celebrated his first cap with a try and turnover as part of an influential performance that lasted until he was replaced in the third quarter, but it has not been enough to keep the Wasps flanker in camp.

Instead, Jones has turned to Sam Underhill and Lewis Ludlam in his squad that will step up preparations for Ireland before the starting XV is announced on Thursday morning.

Underhill was rested against Georgia but he is on course to return at openside at Willis' expense, while Ludlam is a surprise pick having not previously been involved in the autumn including the Six Nations-clinching victory over Italy.

Exeter lock Jonny Hill is back having excelled on his debut in Rome, Charlie Ewels making way to accommodate him. Knee-injury victim Joe Marler remains out. 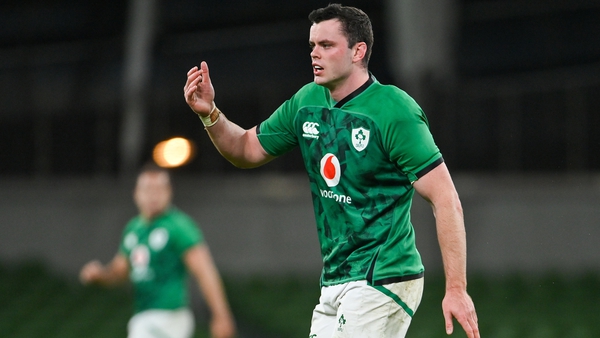 'A huge honour' - James Ryan to captain Ireland at Twickenham