Ireland coach Adam Griggs is calling for better game-management from his players when they round off their Women's Six Nations campaign against France next Sunday.

Griggs was speaking following his side’s 21-7 win over Italy at Donnybrook yesterday, and he knows that there are plenty of areas where they can improve.

"The set-piece is obviously a big one for us," he said.

"We grew into it throughout the game but if you're not winning that set-piece it becomes a bit of a battle for us.

"The other thing is our game management, understanding when it is on to play.

"We want to play with tempo, we showed in patches that we’re really good, but you got to earn that right and it’s not only always on to do that. We just need to make sure we manage the game a little bit better."

Ireland awarded a penalty try for an infringement in the scrum. IRE 21-7 ITAhttps://t.co/EbdvEUBVLF pic.twitter.com/COU0hOIHWJ

The win over Italy was the side’s third home victory of the season and moved them into second in the table, and for Griggs that was mission accomplished following their return from the long lay-off.

"I think it certainly showed in the first 20 minutes for us that we haven’t played rugby for a long time; that was pretty scrappy throughout.

"The positive is we said we wanted three wins, we got those three wins. Now we have a bigger challenge next week to look forward to.

"We’ve got to take this for what it is. It’s great to get back in the championship and as we said, we wanted the win. Now this group will be much better off for it.

"We get to regroup and go again so I’m expecting a bigger performance."

Griggs also paid tribute to France who agreed to concede home advantage for next week’s match after isolation requirements for elite athletes returning to Ireland left the fixture in doubt. The French squad will face no such issues on their return home.

"The logistics team tried to do everything they could to make it happen and this is the outcome that we’ve got.

"We’re delighted that we have this game. Fair credit to France, we’re absolutely thrilled that they’re going to come over and do that for us." 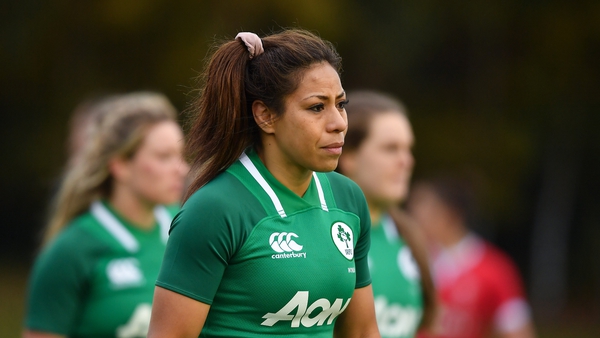