In an uncertain world, a Six Nations fixture against Italy has a familiar feeling to it.

After winning three of the first four encounters against an Ireland team getting to grips with professionalism, Italy recorded 17 successive defeats to the men in green before that memorable win in 2013 against Declan Kidney's out of sorts, yet depleted side.

Since that shock setback, normal service has been resumed. Nine games, nine wins, some with almost embarrassing ease. The average scoreline reads 42-11 in Ireland's favour, while it is more than five and a half years since the Italians recorded a victory in the tournament.

With that in mind, Saturday's clash at the Aviva Stadium with the Azzurri would appear to be the ideal restart to international rugby. A bonus-point win would send the home side to the top of the standings ahead of the trip to Paris a week later.

Head coach Andy Farrell will be without some players, most notably Jordan Larmour, as they bid to win a Six Nations title, and new ideas are still being bedded into the squad.

Wins over Scotland and Wales back in February were tempered by the defeat to England, but Farrell, along with attack coach Mike Catt, will be seeking to sharpen an attacking edge that has appeared blunted at times against stronger defensive systems.

Ringrose is poised for his fourth outing against Italy and says that while he is excited by the freshness of the camp, it’s not simply a case of unloading against opponents who have mustered just 22 points in the opening three rounds.

"It’s not necessarily one style of play that is being implemented or encouraged, but the right thing at the right time to take any advantages of what opportunities that might be presented," said the 25-year-old.

"It’s about playing into space when that is the right thing to do.

"We are always encouraged to play with our heads up. 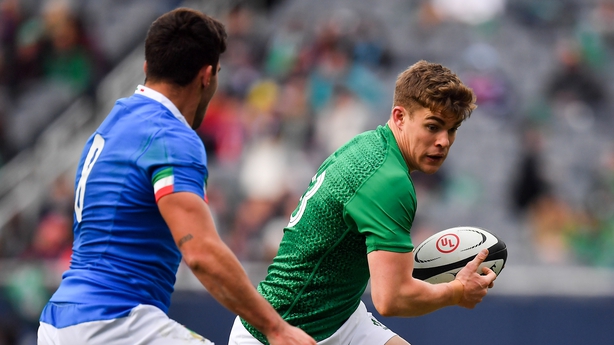 "The coaches are definitely giving us the tools and providing us the guidance of what to do in certain situations."

The players were put through their paces today at Carton House, with Peter O’Mahony and Chris Farrell joining the 35-man squad after completing their periods of self-isolation following a positive Covid-19 test for two of their provincial team-mates.

The loss of Larmour is, however, a major blow to Ireland’s attacking game plan. The 23-year-old has been ruled out for 16 weeks with a dislocated shoulder and was expected to continue in the 15 jersey for Ireland. 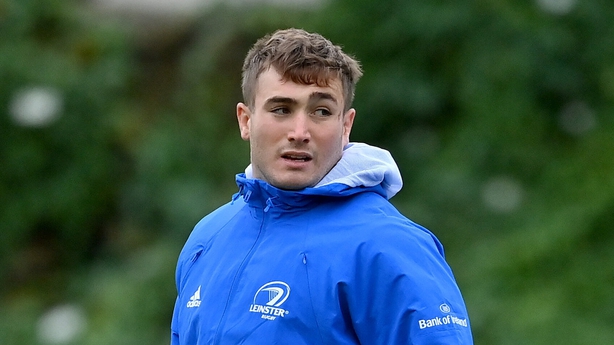 "I’m gutted for him. He sees and does things a lot of us can’t do," said Ringrose, poised to win his 30th Ireland cap on Saturday.

The Covid-19 restrictions means players are wearing their masks "pretty much all the time" according to the centre, while social distancing means there is minimal contact between players aside from training and meetings.

He is acutely aware of the impact a return to sporting action can have on the general population.

"We are in a very privileged position. We are lucky to be able to come in and do our jobs together.

"We have been given an opportunity to provide a lift for those who may be going through a tough time. There is a responsibility on us to do that." 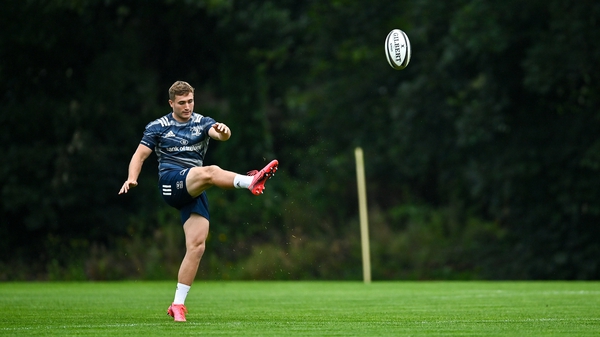 Larmour ruled out for 16 weeks with shoulder injury