Ulster head coach Dan McFarland admitted his side were outclassed in their heavy Champions Cup quarter-final defeat at the hands of Toulouse.

For only the fourth time this century there will be no Irish representation in the semi-finals of the competition as Ulster followed Leinster through the exit door.

Trailing at the break 15-3 after two Cheslin Klobe tries, Ulster had no answer in the second half as Antoine Dupont, Pita Ahki and Thomas Ramos crossed for the home side.

Ulster's only points came from John Cooney's consolation try and penalty and they were left to lick their wounds after coming up short for a second weekend in a row in a major cup tie, having lost out to Leinster in last weekend's Guinness Pro14 decider.

"Toulouse are a good team and when you make mistakes they are going to punish you. The slightest error and they are through to score," McFarland said.

"They showed that and they are a great team. On the reverse side of things, we know we didn't look like a quarter-final team today. 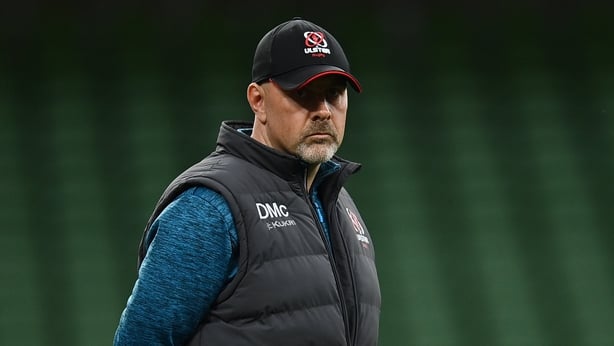 "For whatever reason we haven't been playing very well after the break and it looked like that today. We got punished and we deserved it.

"We just aren't playing very well at the moment - that's the bottom line.

"I was really pleased with the way the forwards went up front. We talked about their pack and for 60 minutes our scrum was excellent and our set-piece worked well - hats off to the forwards but in other areas of the game we weren't at the races."

Cheslin Kolbe gave the credit to his team-mates after his starring role in the comprehensive victory.

"Scoring tries is always great, it is the cherry on top of the cake, but I must give credit to my team-mates. Without them, wingers are nothing," he said. 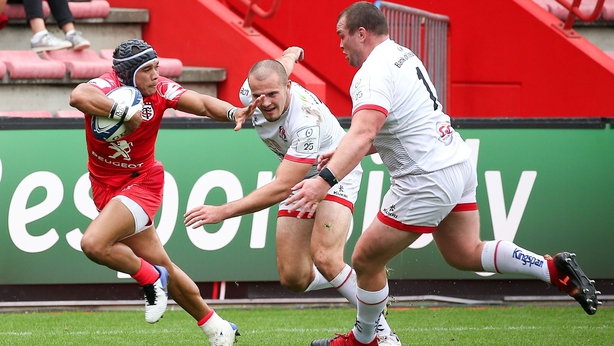 "They give us the go-forward on which to capitalise. We stuck to what was expected and the forwards got the gain line for us to create the opportunities.

"Quarter-final games are about opportunities and discipline and they were outstanding. But there are still a lot of things we can improve on going into next week.

"We just have to make sure we don't get ahead of ourselves and keep working as hard as we can. There are two more games left and hopefully we can make history again and make our supporters, the jersey and ourselves proud." 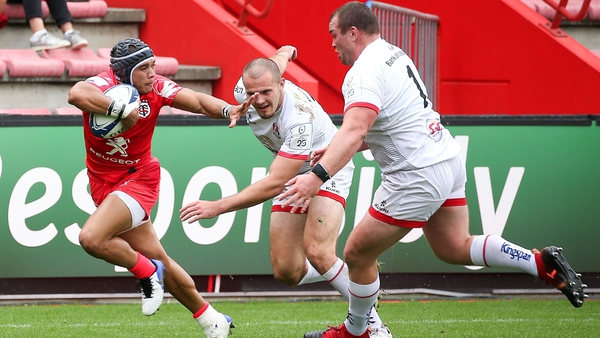