Leo Cullen felt Leinster got "spooked" by their poor start against Saracens as their double hopes were shattered by the Champions Cup holders.

Leinster found themselves 22-3 down in their quarter-final clash after a disastrous first half and although they rallied with tries from Andrew Porter and Jordan Larmour, Saracens held on to end the Irish province's 25-game winning streak and book their place in the semi-finals.

"We got a little bit spooked right from the off," said Leinster head coach Cullen.

"We didn’t deal with the kick-off, and Saracens score. We struggled to get ourselves into the game.

"We played right into their hands in many ways. It comes back to that mentality they have, and we know they have it – they scored three, six, nine, 12 and we handed them those opportunities. Especially for Elliot Daly, he did well to slot over (two penalties) from 50 metres-plus.

"But they’re all things we would have been conscious of in the lead-in to the game. We still couldn’t quite deal with it.

"Go through Saracens’ team, they’ve a hell of a lot of top-level experience. They probably managed the big occasion better. I know there’s no crowd here but it’s still a big occasion.

"We had the distraction of a (Pro14) semi and final over the last couple of weeks; they had a very singular focus.

"In these big games it just comes down to small margins. We didn’t get enough right in the first half and dug ourselves into a pretty big hole.

"The guys showed good character in the second half but we couldn’t do enough to get out of it."

Leinster were outmuscled by Saracens in last season's European decider and Cullen admitted his side once again struggled to deal with the north Londoners’ powerful pack.

"They have a power element to their team and to their game," said Cullen.

"We couldn’t do enough really. That’s the bit we need to fix for these games against the top teams in Europe.

"We got to a final and were beaten by Saracens. They have had some turnover of players and people just assume they wouldn’t be left with much.

"But go through their 1-15 and they’re still a very strong outfit with a hell of a lot of experience, guys that have been involved in a World Cup final at the start of the season. They’ve guys who have produced on the biggest stage before.

"We just need to figure out how we can be better. We’re not a million miles away. We did stretch and test them. We just need to be that little bit more clinical in taking some of the opportunities and not giving them easy access into games." 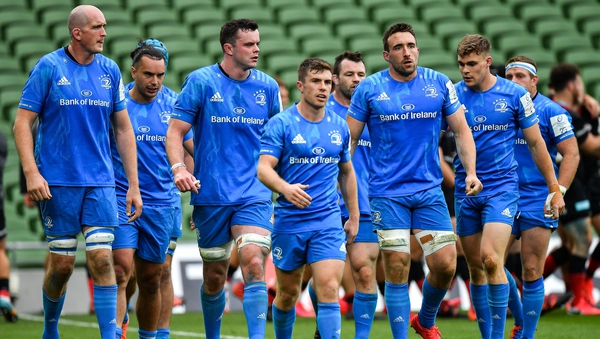