Munster's lack of depth has been exposed in the last month, according to RTÉ Rugby analyst Donal Lenihan.

The southern province lost two inter-pro derbies in the festive period, before having their European chances taken out of their hands by Racing 92 on Sunday.

The result means that a bonus-point win against Ospreys is the minimum necessary this weekend, while other results must also go their way.

Speaking on Game On on 2fm Lenihan said: "The problem for Munster is they don't have the strength in depth.

"I think that was highlighted over the festive period. Then when you have a few injuries, that is reflected in the quality of your bench.

"I think there were four players Munster put on with only three minutes to go, so it meant therefore that certain players had to put in a huge shift.

"Given the physical pummelling they were taking at times, that's bound to make an impact."

Joey Carbery's wrist injury against Ulster was a blow, ruling him out for up to four months.

Fineen Wycherley, Tommy O'Donnell, Rhys Marshall, and Darren Sweetnam are all still on the treatment table as Johann van Graan prepares his troops for what's likely to be their last European game of the season.

Before wrapping up his thoughts on the match, Lenihan questioned the poor selection of camera angles used to award Teddy Thomas' second try.

"It was crazy," he said. "(Referee) Wayne Barnes was obviously trying to check initially to see if Teddy Thomas was ahead of the kick from Finn Russell.

"There was no wide angle that could confirm one way or the other. To be fair, on my first viewing, I thought he was onside.

"I had no issue that he had control, that there was downward pressure, and his hand was on the ball.

"What you couldn't say with certainty was whether the ball was touching the dead-ball line. The thing that was amazing was that there was a camera literally five metres away from that point.

"I went to one of the former EPCR officials... and I said why was this camera angle not shown?

"He did say it is something that they're going to have to investigate because it has happened before in France. It's the French production team that are in charge of the angles and the pictures that you see.

"I think it takes away from the integrity of the tournament, and bear in mind the final is going to be in France.

"So they better get that right." 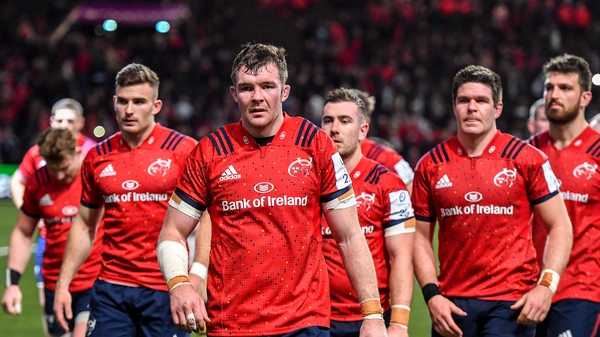