Things are looking pretty good for Ulster at the moment, but the next fortnight could have a huge bearing on their season. And well Marty Moore knows it.

In matters Pro14, Dan McFarland's side are on the back of a run of seven wins out of 10 and a healthy return from their recent three inter-provincial fixtures.

Most recently they demolished Connacht and put paid to Munster in front of their home supporters and began the festive season by plundering 42 points at the RDS, though they still came out the wrong side of a 14-try scoring fest.

The immediate focus now is Europe and Saturday’s Pool 3 date with Clermont.

One of only four teams in the Champions Cup with four wins from four heading into the conclusion of the pool stages, Ulster travel to Parc des Sports Marcel Michelin for a game that could have a significant impact on the rest of their season.

Bath will be the visitors to Kingspan Stadium Saturday week, where the struggling Premiership side could well be in search of a first win in the competition.

The home side would be expected to come out on top in that duel, but it means the trip to France is likely to decide whether McFarland’s men will have to go on the road in the last eight or enjoy home comforts.

"We are a squad that has shown we can go to tough places, whether it was last year away to Leicester, or this year at the Rec against Bath," former Leinster prop Moore said.

"We have shown that we can get performances on the road, and more importantly get good wins, but this would probably be the biggest one to date for this squad in my time at Ulster."

"Things are in our own hands, which is all we can ask for. There is no fear among us, but we understand the occasion and what it is to play at Clermont.

"We have shown that we can get performances on the road, and more importantly get good wins, but this would probably be the biggest one to date for this squad in my time at Ulster." 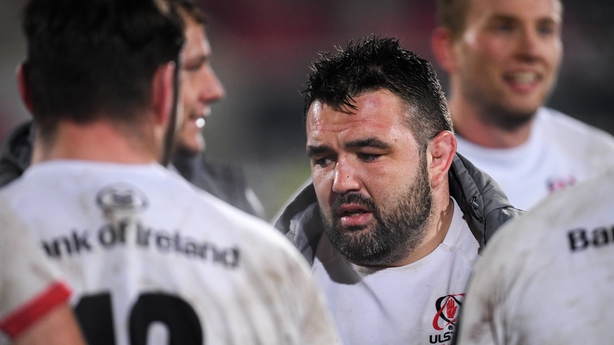 The 28-year-old says the nature of the performance against Munster was particularly pleasing – "we weren’t at the peak of our game and still put out that performance on the field" – but a different challenge awaits on Saturday.

The French club have had an indifferent domestic campaign with six defeats in 13 outings, but the quest for long-awaited European glory continues. A losing bonus point was something to show for their efforts in Belfast in November, and Moore pulled no punches when asked if Saturday was effectively a pool decider.

"Definitely. We are not looking past Clermont, but to have any chance of a home quarter-final, this is the one we need to win. It’s a pretty unforgiving tournament, so one loss means you are probably on the road in the quarter-finals, so it’s a cup final mentality this week.

"As everybody knows, they are an extremely dangerous team and they come out firing early on in the game. We have spoken a lot about them being a very good transition so they can nearly sucker punch you early doors in the game.

"You need to be on your toes, especially in the first couple of phases. 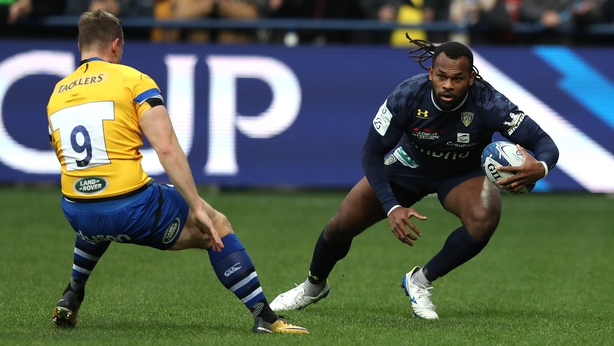 "We need to control their big-name players like winger Alivereti Raka (above) and back-rower Peceli Yato. These guys can create something out of nothing and we really need top marshal them. We have to get to grips with them and impose ourselves on them."

It had been a slow start to the season for Moore, injury meaning it was November before his first appearance, but has featured in all four European wins and the recent interpro victories.

After an impressive first season with Ulster – Moore signed a two-year extension earlier this season – he has simply picked up where he left off last term left off and it hasn't gone unnoticed further afield. 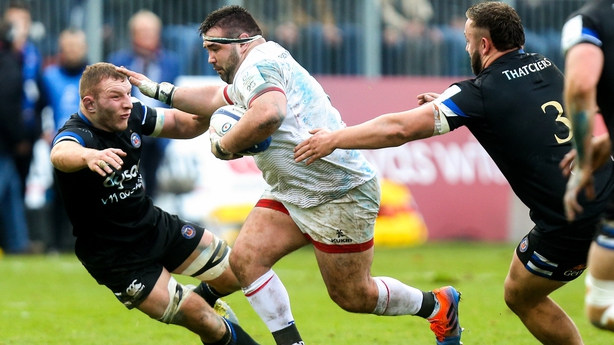 The dynamic prop, who last played for his country after collecting his second Six Nations title in 2015, was named in Andy Farrell’s pre-Christmas gathering, one of a number of in-form provincial colleagues that travelled to Carton House.

For now however, it is all about Ulster and continuing the upward trajectory. McFarland has spoken on a number of occasions on the journey Ulster are on after a period of turbulence both on and off the pitch prior to his arrival in 2018 and it is something the squad are clearly buying in to.

"We still feel we are very much in the infancy of it [the journey], that we are starting to play the type of rugby we want to play. We are not too long together, in our second real season as a wider squad together and we feel there is a lot more to come.

"We have shown both domestically and in Europe especially that we are looking to beat the best and more established teams." 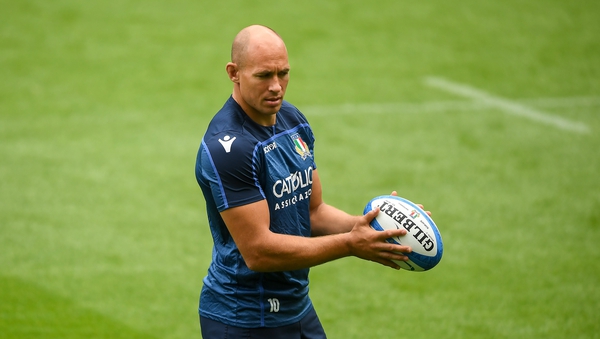