Leinster lock Devin Toner is the biggest casualty as Joe Schmidt this afternoon announced his 31-man squad for the World Cup.

Connacht scrum-half Kieran Marmion is also excluded as head coach Schmidt has decided on just a pair of scrum-halfs, Conor Murray and Leinster's Luke McGrath as back-up, in a squad split into 17 forwards and 14 backs.

Munster centre Chris Farrell is another notable inclusion, edging out Will Addison for the final spot in the back division.

Connacht fly-half Jack Carty won out in the duel with Leinster's Ross Byrne to take the third 10 spot, behind Jonathan Sexton and the injured Joey Carbery, who will be given every chance to recover from an ankle injury ahead of Ireland's opening Pool A encounter against Scotland on 22 September.

There are 14 Leinster players, 12 from Munster, three from Ulster and two Connacht men.

The 33-year-old lineout specialist Toner has had an unfortunate run of injuries and his place in the squad has been taken by Munster's South African born second row Jean Kleyn.

Toner's 67 caps and expertise as a lineout caller were expected to ensure his spot on the plane, but Schmidt has instead gone with Kleyn, Iain Henderson, James Ryan and Tadhg Beirne for the four second-row berths.

Jack McGrath is the most high-profile omission in the front row, the Ulster-bound loosehead left out in favour of Cian Healy and Dave Kilcoyne, with Andrew Porter offering cover on both sides of the scrum. Tadhg Furlong and John Ryan are the specialist tightheads.

The squad will be captained by Rory Best, who will face competition for the starting hooker position from Munster's Niall Scannell and Sean Cronin of Leinster.

Jordi Murphy might count himself unfortunate to be left behind, the Ulster flanker excluded in favour of former Leinster team-mate Rhys Ruddock, who joins Munster's Peter O'Mahony and CJ Stander, plus Leinster duo of Jack Conan and Josh van der Flier in the back-row ranks.

Munster's Farrell will travel as a fourth centre alongside Robbie Henshaw, Bundee Aki and Garry Ringrose. 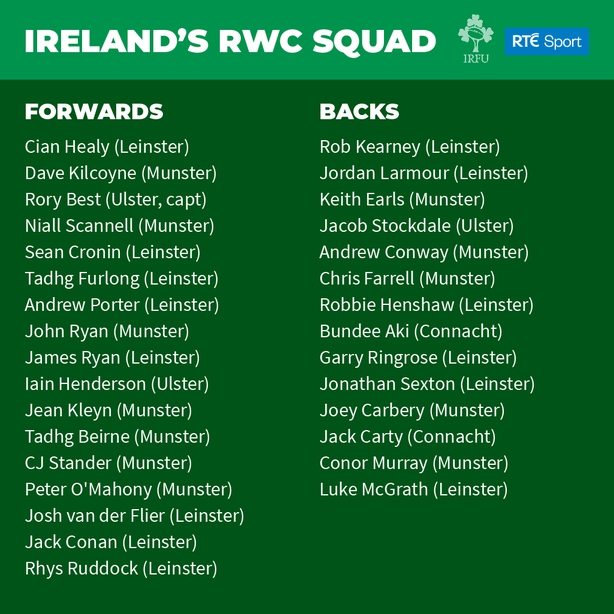 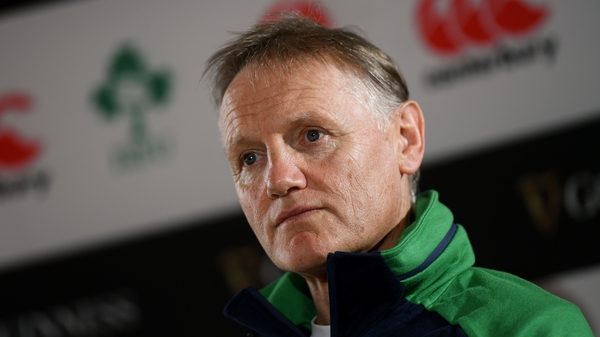