Joe Schmidt has made 11 changes for Ireland's penultimate World Cup warm-up against Wales on Saturday.

Peter O'Mahony is one of only four players who started against England last Saturday retained and will captain the side in the number 7 shirt after switching flanks.

Out-half Jack Carty, as expected, gets his first start but Schmidt has not included a specialist replacement on the bench with Luke McGrath, Garry Ringrose and Dave Kearney named as the backs cover.

Team captain Rory Best is in the 23, having originally been slated to sit out the Principality Stadium encounter, with Niall Scannell named at hooker, in between Dave Kilcoyne and John Ryan.

Ulster's Will Addison, who had back surgery at the end of last season, starts at full-back, with Chris Farrell in midfield alongside Aki. Andrew Conway, who started in the win over Italy, gets another shot on the left wing in Cardiff.

"For Will it's a really important opportunity but he has to hit the ground running. We're hopeful he can slot in quickly," said Schmidt.

Asked about out-half cover, the head coach added: "Will is one, Garry Ringrose is the other - he has a temperament and skill-base that would allow him to fit in."

On Carty, Schmidt said: "[We expect] just what he has provided at training, what he provided when he came on in The Principality stadium in the last few minutes [last March]. 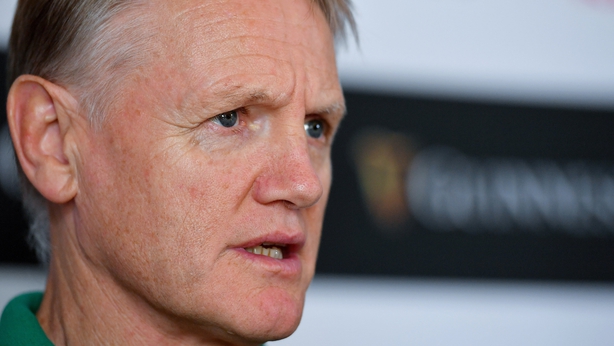 "He did a fantastic grubber across for Jacob to pick up and almost score and it built to the try that we did get. I would like to see that.

"He came off the bench and two of the tackles he made were outstanding. He got of the line and chopped the player very quickly.

"Those are the elements we'd love to see."He’s obviously got a pretty accomplished kicking game and he has to meld all those things into the performance he has to put out there himself.

"Also, he has to bring other players into the game. He is a conduit for so much of what happens because so much of the game flows through the ten.

"It is a massive task for Jack. But, we’re really looking forward to seeing how he goes."

The versatile Tadhg Beirne gets an opportunity flanker alongside number eight Jack Conan, while last season's Player of the Year James Ryan gets his first outing in the second row.

"It was always our plan [to make the changes]," said Schmidt.  "Rory and Tadhg [Furlong] felt it would help their preparation if they got more time this week."

"It wasn't originally in the plan [to have Rory here]. But the plan has to be fluid.

"You get guys who pick up knocks or who need a little bit more time.

"Rory wants to get more time because he feels he was under-done and he didn’t have the energy in his legs."