While it was a first run-out of the season for many of Joe Schmidt's regulars, the performance was still nowhere near the level that the head coach would have expected 29 days out from the Pool A opener against Scotland in Japan.

The hosts had the benefit of two games against Wales in the previous fortnight but some of Ireland's defending for the eight tries that England ran in was inexcusable.

Jordan Larmour's fifth try in green and a Ross Byrne penalty had Ireland ahead until the 26th minute but once the damn burst it looked like Eddie Jones' men could score at will.

Tries from Joe Cokanasiga, Elliot Daly and man of the match Manu Tuilagi handed England a 22-10 half-time advantage and Maro Itoje, George Kruis, Tom Curry, Luke Cowan-Dickie and Cokanasiga again all piled on the misery in the sweltering heat of South-West London.

JOE SCHMIDT: 'We anticipate that we can get better'

"That's not the standard we hold ourselves to. Quite frankly it's hard to describe it without using a lot of profanity. 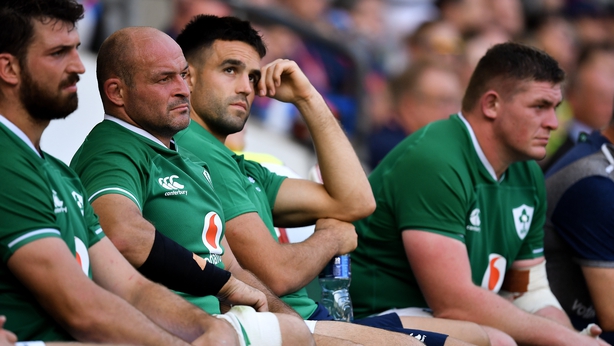 "We are nowhere near where we need to be.

"The only positive to take from it is that it’s the middle of August and not the middle of September but even so that’s not an excuse, it’s just the reality of where we are at.

"We have got to defend better and all across the board improve significantly. The collective didn’t perform

"We’ve got to give massive credit to England."

The thermometer hit almost 30C before kick off but after an eight-day training camp in Portugal it was expected that Ireland might adapt better.

Indeed, Ireland could have moved to world number 1 had they beaten England but as soon as the hosts found their feet that possibility evaporated.

Owen Farrell opened the scoring after seven minutes but a typical Jacob Stockdale kick and chase set up Larmour who dotted down.

Ross Byrne, on his first start, kicked the conversion from the sideline.

But Cokanasiga broke through too easily in the 13th minute, with Ireland racking up 34 missed tackles over the 80 minutes.

Daly also found space on Stockdale side to put England in command as Murray was taken off for a HIA before returning after what Schmidt called a "breakdown in communication", in a worrying post-match interview. 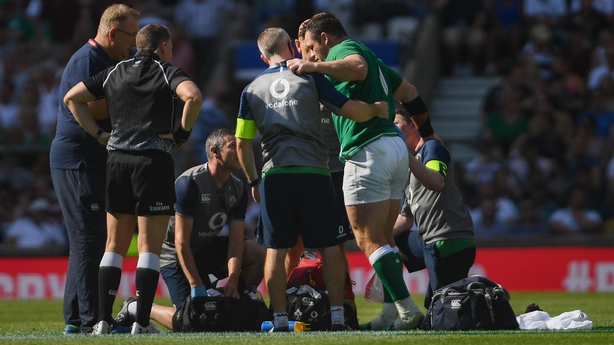 Centre Tuilagi brushed off some weak tackles on his way home in the 36th minute, with Healy departing soon afterwards with what turned out to be a sprained ankle, putting this World Cup hopes in jeopardy.

There was no respite in the second half. Indeed, even taking the replacements into consideration the Irish defence looked tired. "Fatigue and heavy legs," said Schmidt.

The forwards soon got in on the act with Itoje, Kruis and Curry crossing in a devastating 12-minute spell.

Connacht centre Aki found space for a score in the corner after Cokanasiga had added his second but replacement hooker Cowan-Dickie claimed an Irish lineout, one of six lost on their own throw, close to the tryline to wrap up the scoring.

Lock Kruis was sent to the sin-bin late on after a late and high tackle on Jack Carty.

Schmidt described the performance as exposing a "serious problem...we looked disheveled", he in a post-match interview.

A detailed post-mortem is under way.