Joe Schmidt says that the issue of Rory Best's Ireland captaincy is not on his agenda but added that "no roles have been finalised for the World Cup."

The Ulster hooker, capped 118 times, was due to talk to the media at a commercial event on Tuesday but that was postponed with the organisers citing "increased training commitments" as the reason why, while fellow front-row forward Tadhg Furlong was also replaced for a different event launch.

"No roles have been finalised for the World Cup until we name our 31 later on next week," said Schmidt when asked if 37-year-old Best’s position as captain was secure.

"No-one takes anything for granted. Rory is currently the captain and he’ll continue to be captain until further notice really, and if that notice comes in the short term then that’s a discussion I’ll have with Rory.

"At this stage it’s not on our agenda. 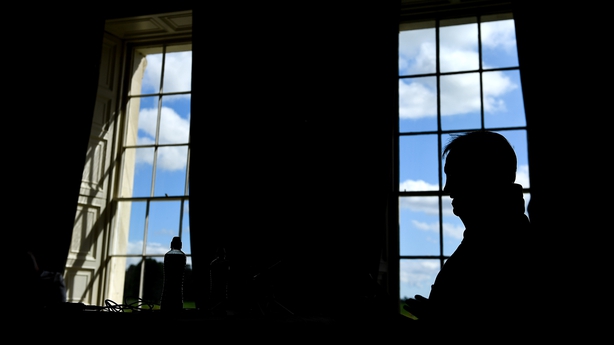 Ireland face Wales in Cardiff on Saturday looking to make amends for the "unacceptable" 42-point defeat to England last weekend.

On the late changes to the press events, Schmidt, indicating that Best was not originally penciled in for game time against Wales, added: "It’s a little bit of extra time for those guys to get a little bit more conditioning and that’s kind of player-requested a little bit.

"They feel like they need to catch up a bit more.

"One of the rules the players really came up with is that they don’t do commercial gigs during match weeks they are involved with.

"It probably gives you a good indication that those guys think that they may be involved, that they are trying to get everything they can to get in the right shape for Saturday."

The New Zealander, whose team meet Scotland in their World Cup opener in Japan in 25 days’ time, also revealed that Ross Byrne didn’t train on Monday and is touch and go for the game against the Six Nations champions.

"Ross [Byrne] and Jack [Carty] need more [game] time, my problem is we don’t have more time," said the coach, who is also sweating on the fitness of Joey Carbery and keen not to risk Johnny Sexton.

"Ross didn’t train on Monday. He got a number of bangs, big traffic coming down his channel, so it’s highly likely that that will mean Jack will start and that’s a great opportunity for Jack.

"Ross started last week, that’s probably the way we would have gone anyway, to give them a start each, in the absence of Joey.

"If Johnny’s involved, he would probably come off the bench this week anyway, so we’d limit his game time to 20-25 minutes and then tried to get him 65 minutes against Wales the following week. That’s a rough sketch of where we are at the moment.

"If we decide, 'let’s give Johnny a little more time [to recover]’ then that might be Ross [on the bench] or we might even change it up again on the basis of maybe thinking ahead if we take two out-halves and three scrum-halves, you know, who else can cover that out-half spot?

"We’ll look at our options there."