Robbie Henshaw, Johnny Sexton and Keith Earls all sat out Ireland training today in Portugal but management are hopeful the trio will be available to face England this weekend at Twickenham.

Joe Schmidt's side are currently on a warm weather training camp and from there they will depart for London for their second World Cup warm-up game.

Ireland arrived at their base in the Algarve last Wednesday and were put through their paces today minus Henshaw, Sexton and Earls.

The Leinster pair were absent due to "soreness" according to skills and kicking coach Richie Murphy, but says there are "no real fears" over their fitness levels.

"It's about managing them and getting their workload right for possible involvement this week, and if not next week."

The 23-year-old underwent minor ankle surgery and is in a race to be fit for the World Cup opener against Scotland in little over a month and Murphy says the Munster man is in good spirits.

"Joey is well into his recovery programme. He feels confident and is exactly where the medics would expect him to be at this stage of recovery."

Should the versatile Carbery fail to prove his fitness, it gives Schmidt and the management team plenty of food for thought for the 31 that are selected to travel to Japan.

The question over whether Schmidt will take three out-halves, plus the number of outside backs, has been the source of a lot of discussion and Murphy admits that plans are being put in place for the worst-case scenario that Carbery fails to travel.

"Though he is very much online for that time frame, we also have to have contingency plans in place. We will look at that over the next few weeks and get game time into certain people.

"We’ll make an assessment a little bit closer. We are watching him and how he is progressing. At this moment we are very happy where he is at. The form of other players will depend on whether there is a spot for him or not. Opportunities will go to the likes of Jack [Carty] and Ross [Byrne]." 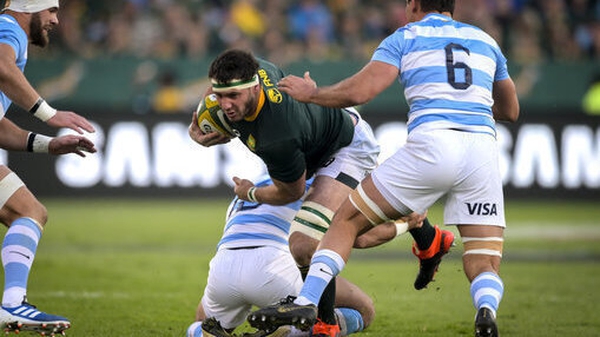 Ulster's Coetzee ruled out of the World Cup