Warren Gatland has ruled out coaching England, with the 2021 British and Irish Lions boss unable to resist having a dig at Eddie Jones.

The Wales chief has been confirmed as Lions boss for his third successive tour, quickly scotching any talk of replacing Jones as England head coach in the future.

Gatland has the chance to go unbeaten in Lions Test matches for a record third consecutive tour in South Africa, after winning the 2013 series in Australia and drawing in New Zealand four years later.

The 55-year-old will relinquish his job as Wales head coach after this autumn's World Cup, starting full-time with the Lions in August 2020, but after that he hopes to take a Super Rugby coaching role in his native New Zealand.

Jones laughed off any thoughts of coaching the Lions by claiming "the last thing I want to do is spend eight weeks in a blazer" - and in distancing himself from an England role Gatland offered his riposte to the current Red Rose chief.

"At the moment I am talking to a couple of people about what I am going to do post the Lions but there is nothing I have looked at signing or anything formal at the moment.

"My whole focus at the moment is about this role and planning and preparing Wales for the World Cup.

"After today I probably won't think about this for the next six months in terms of doing the best job for Wales and maybe start thinking about what my other options are and what I am going to do.

"I think my coaching path's going to take a different direction. I'd like to go back to New Zealand hopefully if there's an opportunity in Super Rugby." 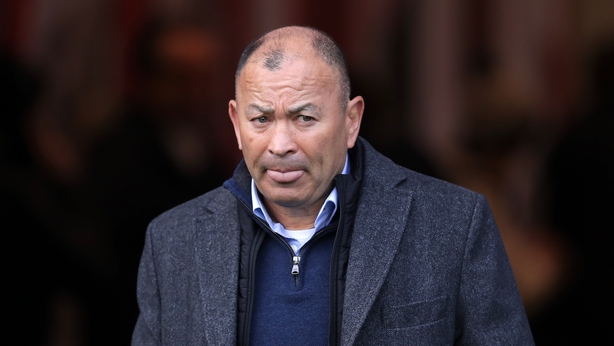 Gatland had been touted as a replacement for Jones, whose England contract expires in 2021.

The current Wales' boss Lions duties would have left him available at just the right time for England, but he has previously joked England would not be able to afford his services.

Now he has ruled out coaching England definitely, paving the way for a future Super Rugby coaching role - and perhaps a long-term crack at leading the All Blacks.

Gatland also admitted his next Lions tour will be his last, with the Kiwi having acted as forwards coach in the 2009 tour to South Africa and he has been installed as head coach every time since.

The longest-serving Test boss also branded leading the Lions as his toughest challenge in rugby, revealing his surprise at Jones' scathing comments about coaching the famed touring side.

Gatland said: "I don't know how you could coach a Lions team in a blazer. I was bemused by that. It is one of the hardest things that I've ever had to do as a coach.

"Seeing how hard those other coaches worked on the last tour, with guys down in the team room at seven, eight in the morning until nine, 10 at night, planning and preparing as well as coaching two teams twice a day, getting ready for matches - it is the hardest thing.

"Whether that was a subtle way for him to rule himself out of contention or not, I don't know."