Captain Johnny Sexton has returned to the Leinster team for Saturday's Guinness Pro 14 final against Glasgow Warriors in one of three team changes, while Seán O'Brien has played his final game for the province.

The 2018 World Player of the Year was introduced off the bench in last weekend’s semi-final victory over Munster, but has been included at the expense of Ross Byrne.

Rob Kearney returns at full-back, with Jordan Larmour switching to the wing and Dave Kearney missing out.

O'Brien however will not have a final swansong with the province after being unable to force his way into the match-day squad. Likewise prop Ulster-bound Jack McGrath, who has lost out to Ed Byrne again for a place on the bench.

Head coach Leo Cullen has opted for a backrow of Rhys Ruddock, Josh van der Flier and Jack Conan, with Max Deegan named among the replacements.

O'Brien, who watched on from the stands against Munster last week, will depart for London Irish next season.

"Seanie he has just been a little bit slower now, we will probably have a bit more of an update on him next week," Cullen said. "You know he has been struggling a bit with a hip injury that has been ongoing for a while, which ruled him out of this week."

Glasgow meanwhile are unchanged with Dave Rennie sticking with the same team that beat Ulster 50-20 at Scotstoun.

The inclusion of Siua Halanukonuka on the bench the only change to the match-day 23, with D’Arcy Rae dropping out. 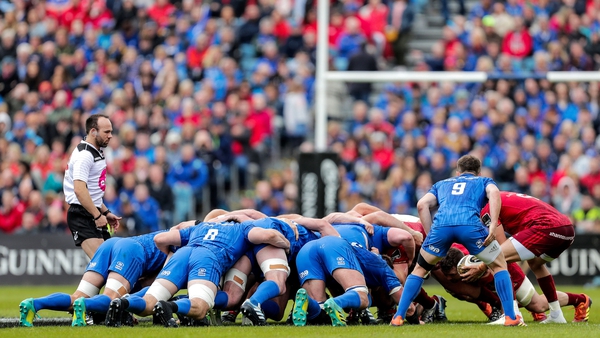