Leinster must match Munster in the desperation stakes for Saturday’s Guinness Pro14 semi-final, according to John Fogarty.

The holders welcome their provincial rivals to the RDS (2.30pm) on the back of a 20-10 defeat in the Heineken Champions Cup final to Saracens.

Leo Cullen’s side missed out on what would have been a record fifth title but the majority of their players have a number of tournament wins to their names.

Conversely, Munster have not won a trophy since 2011, with only Conor Murray and Keith Earls remaining on the panel from that Magners League Grand Final win over Leinster. 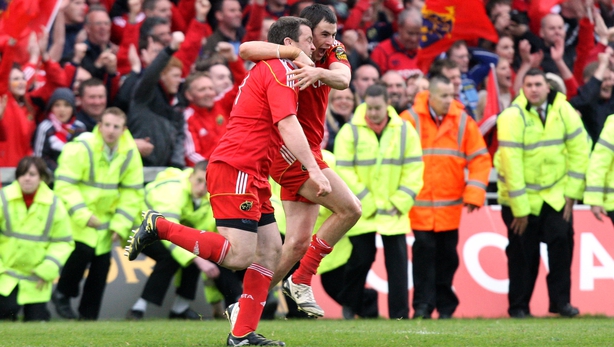 "[Munster forward] Billy Holland is saying he’s not going to leave this place until he gets a win. So there is that desperation to win down there but we’ll match that.

"It’s going to be a big battle for both teams. We’ve got one game left, if we lose that, we’re done.

"They are in a semi-final and they’ve an opportunity to get to a final. They are desperate to win. We’ve heard them talk about much they want to win. The past doesn’t matter, nothing will matter on Saturday.

"Form goes out the window. It’s about how we mentally pitch up, how we prepare our team and how we perform on the day."

Fogarty, who will depart Leinster at the end of the season to take up a role with Ireland, added that the psychological toll of the defeat to Sarries in St James’s Park is something that has to be tackled.

He said: "You have to deal with the emotion of losing, there was a bit of steam blown off [on Saturday night], probably, yeah.

"If you don’t you are going to carry that stuff with you. If you win a trophy and you bring that emotion with you it can work against you.

"Were trying to clear heads now, deal with the loss in the right way, that’s something we’ve done well in the past."

The sides have one win apiece from their two league meetings this season.