Leinster have included hooker Sean Cronin in their starting line-up for Saturday’s Heineken Champions Cup final against Saracens in an unchanged team from the one that defeated Toulouse last month.

The Irish international has not featured since limping off with a calf injury during last month’s 30-12 victory at the Aviva Stadium, but has been passed fit as the province seeks back-to-back European titles.

The only other changes in personnel are on the bench, with Jack McGrath and Rhys Ruddock named among the replacements. McGrath replaces Ed Byrne, while flanker Ruddock gets the nod ahead of Caelan Doris.

Cronin is joined in the front row by Cian Healy and Tadhg Furlong, who will be making his 100th appearance for the province.

Devin Toner and James Ryan continue their second-row partnership, with Scott Fardy, Sean O'Brien on his final European outing for Leinster and Jack Conan completing the make-up of the pack.

Captain Johnny Sexton and Luke McGrath are the half-backs, with Garry Ringrose and Robbie Henshaw selected in midfield.

Saracens meanwhile have made two changes to their team that defeated Munster with Sean Maitland and second row Will Skelton coming into the starting XV.

Scottish international Maitland is named on the left wing, while Skelton’s inclusion alongside George Kruis in the second row means Maro Itoje shifts to blindside flanker.

It is a match-day squad peppered with experience, as 16 of the 23 have experienced European success before as Sarries look to add to their two Champions Cup titles won in 2016 and 2017. 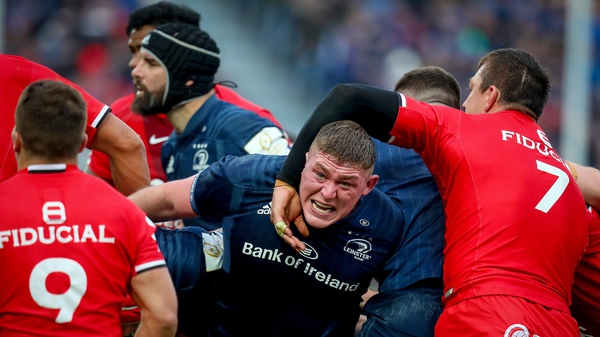