Ireland international Furlong will line up opposite England's Vunipola as Leinster bid to retain their crown in Newcastle.

Leinster will chase an outright record fifth European title at St James' Park, while Saracens will aim for a third trophy, to add to their wins in 2016 and 2017.

Furlong and Vunipola are arguably the world's premier props this year, and when the Irishman speaks about his England counterpart he could easily be talking about himself.

"Mako is world class in what he does; he has had a few injury problems this year but he has come back and looked really fresh," said Furlong.

"His ability to attack the gainline, his ability to bring others into the game, his footwork, late at the line.

"He is a quality player to be fair to him. Sarries use him in set-piece moves and he is a player I enjoy watching."

Furlong enjoyed getting to know Vunipola during the British and Irish Lions' drawn Test series in New Zealand in 2017.

But now Furlong has other ideas on his mind, primarily how to help the Irish province defend their European title. 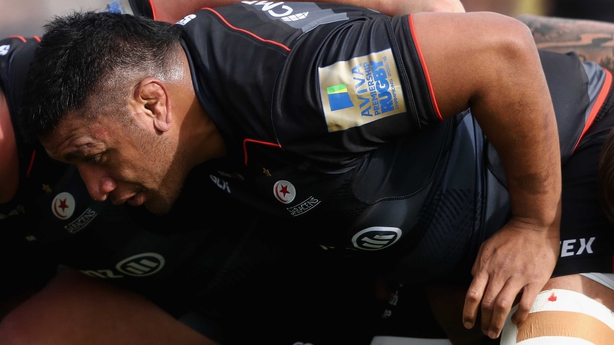 "Going against him in the scrum, the game has changed so much in terms of scrummaging within the last two years," said Furlong.

"What we were talking about on the Lions tour, in terms of what we wanted to achieve in the scrum and the way we went about it, is maybe not the case any more.

"I got on well with Mako. He's good craic. When we were over there we roomed with the props and hookers to try to build relationships.

"I got stuck in a room with Mako a few times which I enjoyed. He's a pretty laid-back character.

"He's a horrendous snorer so it can be tough that way with him, but most of the time he was asleep so I didn't get much chat out of him!

"I can definitely understand some of the points that teams make about trying to back things up.

"Here the group is so competitive and it's such a good place to work that you want to do well and you want to push on.

"We've learned lessons in Europe this year, especially against Toulouse away.

"It is challenging (to defend the title), but we're back in the final now and we want to put in a good performance."