Munster came up short once more at the Heineken Champions Cup semi-final stage, losing out to Saracens at the Ricoh Arena.

It was the Irish club’s third defeat at this juncture in three years with Sarries, as they were in 2017, the side to dump them out.

The hosts edged a tight first half, 12-9, thanks to four Owen Farrell penalties with Tyler Bleyendaal (2) and Conor Murray responding with three-pointers.

That was as good as it got for Johann van Graan’s men with the Premiership side dominating the start of the second half and piling on 12 points in the opening 13 minutes.

Flanker Michael Rhodes crossed for a try in the 43rd minute that seemed decisive when it came. 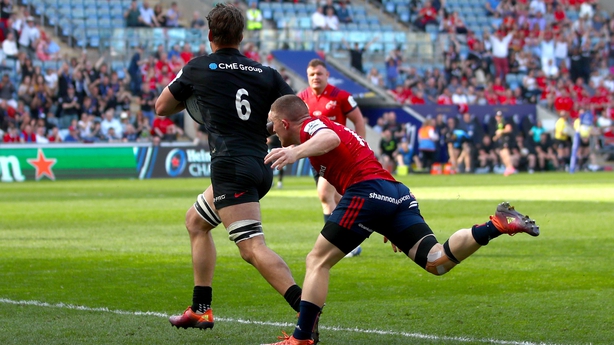 Darren Sweetnam, who came in for the injured Keith Earls, crossed for a try against the run of play with 20 minutes to play but Billy Vunipola, booed by Munster fans throughout for his comments on social media last week, ended the game as a contest with Saracens second try.

It was a seventh semi-final loss for Munster since winning the competition back in 2008 and once again the manner of defeat shows they still have a lot of ground to make up on the European elite. 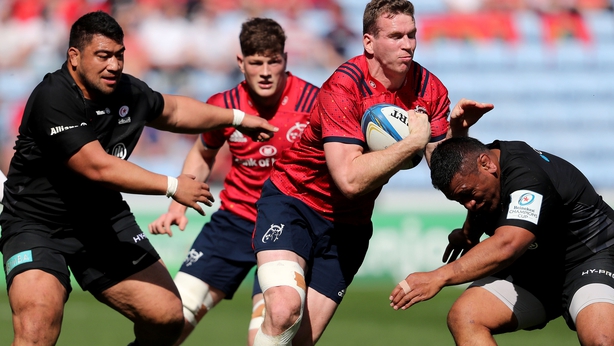 AS IT HAPPENED: Munster outclassed by Saracens

Munster started without two of this season’s form players with out-half Joey Carbery and Earls sorely missed in the ranks.

Mark McCall’s side, meanwhile, were boosted by the return of Owen Farrell, Brad Barritt and the Vunipola brothers, Mako and man of the match Billy, who was confronted by a Munster fan after the game. 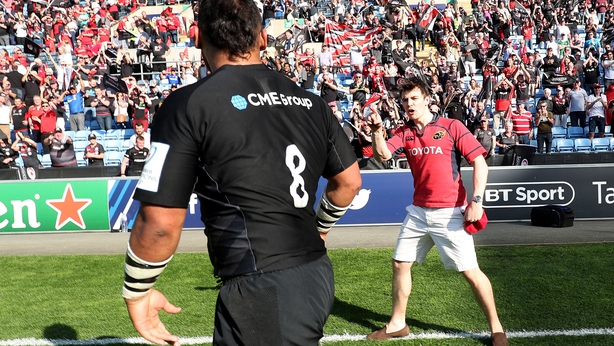 That put the visitors on the back foot and under pressure conceded kickable penalties every 10 minutes or so, which Farrell slotted with confidence.

But it was far from one-way traffic in the opening half and Bleyendaal kept Munster in touch with two penalties, while Murray’s shot from 50m out with 37 minutes on the clock had the teams level. 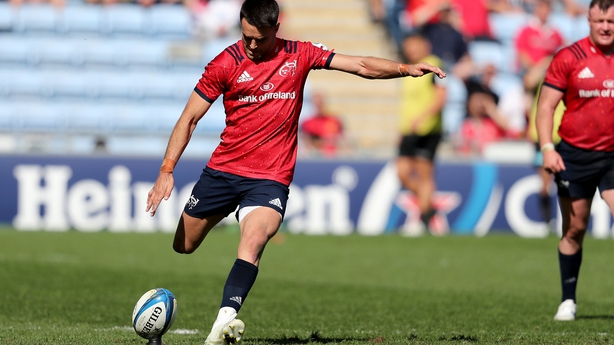 There was a sense that they were holding on with all of the tackles, 187 in total, sapping the energy in the warm Coventry sunshine.

Saracens burst out of the blocks at the start of the second period, held on to the ball for three minutes before Rhodes crossed when Munster ran out of defenders.

Winger Sweetnam was on hand to finish off a move that came about after Munster turned over a Saracens 5m scrum. 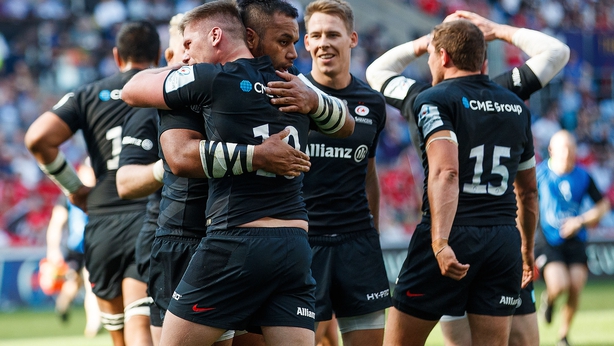 The Kerry out-half converted to make it 25-16 but the Munster mistakes kept coming and when Liam Williams escaped from two would-be tacklers the ball ended up with Vunipola, who could not be stopped from a yard out.

Replacement Vincent Koch was sin-binned with three minutes to play for a tip-tackle on Tadhg Beirne but it made not a jot of difference as Saracens, champions in 2016 and 2017, coasted home.