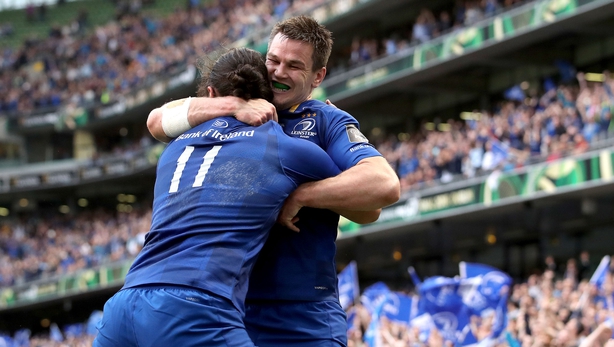 Weather: Partly cloudy in Dublin with a high of 20C.

The teams, who have both won the tournament four times, meet for the third time this season. Last October Toulouse inflicted a rare defeat on the champions, who were unbeaten in their title run in 2017/18.

That result, 28-27, was reversed in the RDS when the holders ran out 29-13 winners, with the scoreline flattering the visitors.

Since then Toulouse have improved and caused a big shock when winning their quarter-final on the road against Racing 92. They lead the Top14 and won't be short of confidence when they arrive in Dublin.

This will be the 12th tournament meeting between the sides (Leinster W5, Toulouse W6), and only Munster and Castres have clashed more often (16 times).

Leinster, on the other hand, struggled against Ulster with coach Leo Cullen conceding that his side were under-cooked, a charge that O'Sullivan agrees with.

"There’s really no continuity in this team over the last month," he said of the champions, who welcome back Johnny Sexton after an injury lay-off.

"If you look at Toulouse, they have won four of their last five games, they are battle-hardened.

"There’s a tipping point here where you are not battle-hardened; you’re fit and you’re healthy but you are not up to speed at the top end of the game and your combinations haven’t played together." 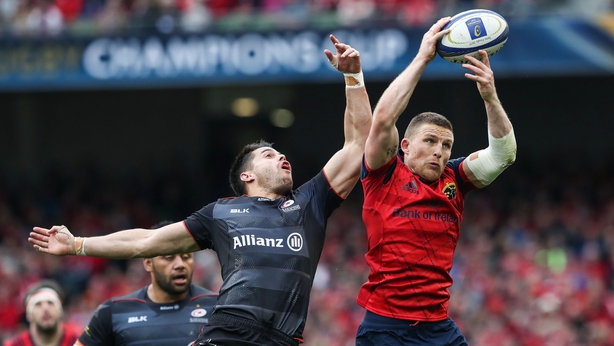 Weather: Partly cloudy in Coventry with a high of 22C.

Munster are appearing in a record 14th semi-final but haven't broken through this stage since last winning the title in 2008.

The sides have met twice before in the semi-final with Munster winning 18-16 at the Ricoh Arena in 2008, while Saracens secured a 26-10 victory at the Aviva Stadium in 2017, with Munster failing to land a punch in that game.

On each occasion the winning side went on to lift the trophy.

The English champions topped their pool with six wins from six before demolishing Glasgow in the quarter-finals, while Johann van Graan's men were pushed all the way in Edinburgh.

That win came courtesy of two Keith Earls' tries but they must do without the Ireland flyer and Joey Carbery tomorrow.

Saracens, meanwhile, have been boosted by the return of captain Brad Barritt and Owen Farrell, while the Vunipola brothers are both named to start.

The injury to Ireland out-half Joey Carbery opens the door for Tyler Bleyendaal but former Ireland coach Eddie O'Sullivan is unconvinced that the New Zealander's style fits in with the way Munster are playing at the moment.

Big names back for @Saracens, is this their strongest side yet? 💪#Heineken #ChampionsCup semi-final podcast preview 👉https://t.co/DadIh3eYZC pic.twitter.com/43f4ediTbm

"I would have a lot of time for Bleyendaal as a player, he's a fantastic footballer, he plays really flat to the line," he told the RTÉ Rugby podcast.

"He's a very dangerous game-breaker and he can run himself or put others in space but that's not how Munster are playing.

"They are playing their traditional game, dominating up front, one-off runners, around the corner, beating teams up, milking penalties, banging it in the corner, squeezing teams out in the 22.

"His kicking game has been okay but it's not the strength of his game. He's not in character for what Munster are doing."

Munster lock Tadhg Beirne has won the most turnovers (14) to date, while Saracens and England hooker Jamie George has hit the target with 94% of this lineout throws (80/85), the best rate of any of the 16 players to take 30+ throws.