For the fifth time this decade, two Irish provinces are looking to book their place in the final of Europe's premier club competition.

Only once in the previous four occasions have both Irish provinces managed to get through. That was 2012, when Leinster would go on to beat Ulster in the final at Twickenham.

Leo Cullen's side welcome Toulouse to Dublin on Sunday looking to repeat the result they managed against them in January.

A day before that, Munster will look for another one of the big away performances they're known for in Europe  when they take on Saracens.

According to former Leinster hooker Bernard Jackman, we won't be looking forward to an All-Ireland final next month.

"You're factoring in Munster's legacy in Europe," Jackman told Hugh Cahill on RTÉ 2fm's Game On. "You're thinking back over the last 20 years. Of any team in Europe who tap into that history, it's them.

"Munster will have great support in Coventry. Saracens aren't the most popular team. So it won't be a fortress, or as difficult as going to Saracens' home ground.

"Munster will relish this, they're underdogs. Their quarter-final away to Edinburgh, on form, wouldn't have them within 15 points of Saracens.

"I think Munster are better as underdogs, and they are capable of pulling off a scalp.

"But for me at the moment, on form, Sarries are the favourites to win the competition, never mind just the semi-final."

Jackman is more hopeful that his former province can book a place in the final at St James' Park.

"Toulouse are so dangerous from unstructured play," according to Jackman. "They're going into this game with massive confidence.

"I was reading an interview on Rugby Rama today with Ugo Mola (Toulouse head coach). They felt that they learned a huge amount from that defeat in January. The big difference between Leinster and French sides is their ability to be comfortable with high ball and play time.

"They've adapted how they train. Their fitness levels certainly aren't to be questioned. His quote was, 'everything to gain, nothing to lose.'

"They've won a huge amount of away games this year. They've broken a record, in terms of away games, in the Top 14. They've built confidence in getting on a bus or a plane, and going and performing.

"But I still think that the time Leinster have had together for the likes of Henshaw to come back will be key." 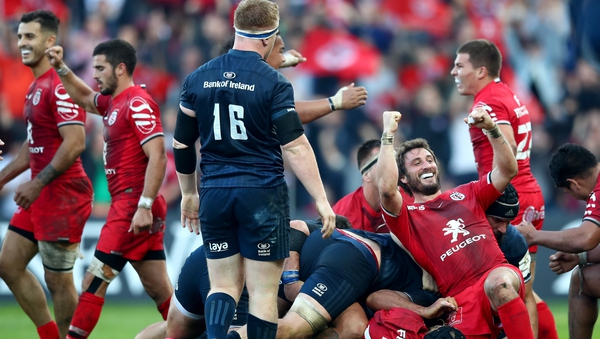