Israel Folau's controversial views that have created a furore in Australian rugby have an element of "selfishness" and are "completely wrong", according to Wallabies scrum-half Will Genia.

The 30-year-old Folau, a devout Christian, created controversy for the second time in 12 months for Rugby Australia by using social media to express personal views that said gay people were destined for "hell" if they did not "repent".

Both RA and the New South Wales Waratahs said they intended to terminate his contract for the social media posts, which were similar to ones he posted last year, and Folau has asked for a code-of-conduct hearing to be scheduled.

The posts also drew criticism from national coach Michael Cheika, while Folau has also been stood down from all rugby activity by the Waratahs, who host Genia's Australian-conference leading Melbourne Rebels in Sydney on Saturday.

"For me that's completely wrong"

"You can have your beliefs and have faith in what you want to have faith in but you can't go around trying to tell people they should be going to hell because they are a certain way," Genia told the Fox Rugby podcast in Australia.

"For me that's completely wrong."

Genia, who described Folau as "humble" and "very quiet", added his beliefs had never been a problem within the national team environment in the past but could cause issues now.

"He's got to realise that there are other people within that group, both at the Waratahs and Wallabies, that have certain beliefs as well, that very much conflict with what he's come out and said and done," Genia added. 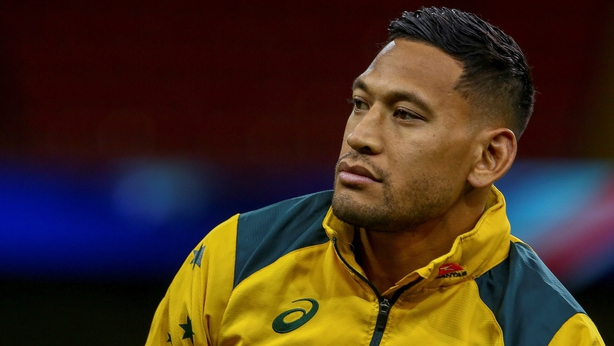 Folau had last year assured both Cheika and RA chief executive Raelene Castle that he would not make his views public again, which Genia said had now likely led to a total breach of trust.

"If you've gone and said those things to Cheik and Raelene there's a breach of trust and I guess there's an element of selfishness about it as well," Genia added.

"You can have your beliefs but at the end of the day you're also contracted to Rugby Australia and the NSW Waratahs, who as your employers stand for certain things in society, who want to promote the game a certain way.

"Obviously being inclusive of gender, sexual preference, religion, background, whatever it might be. So when you sign up to your contract to do that, you adhere to those rules, you adhere to what's been set out."

Folau's place in the Waratahs for Saturday's clash at the Sydney Cricket Ground has been taken by Wallabies team mate Kurtley Beale.

The Rebels lead the Australian conference on 23 points, seven ahead of the Waratahs, who have a game in hand. 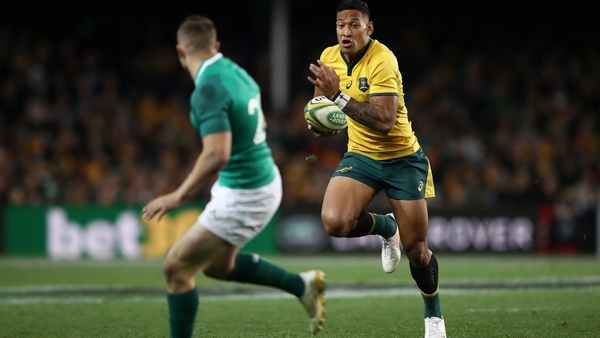