The holders are just 80 minutes away from a second successive final appearance, and home advantage at the Aviva Stadium is a significant fillip.

Throw in the returns of Robbie Henshaw and Johnny Sexton from injury and their bonus-point win over the Top 14 leaders in January, and Leo Cullen’s side are entitled to enter the contest in a positive frame of mind.

Toulouse however are finally making serious inroads into recreating their former glories.

Following their defeat at the RDS at the turn of the year, they reeled off six successive wins. Indeed they have lost just two of their last 23 outings and last weekend’s victory over Clermont cemented their place at the top of the standings in France.

Above all else, it is the manner of their free-flowing rugby, with the likes of Thomas Ramos, Cheslin Kolbe, Romain Ntamack and Antoine Dupont lighting up their backline.

According to former Ireland international Gordon D’Arcy, it is reminiscent of the great Toulouse teams of a previous generation that claimed the top prize in European rugby on four occasions between 1996 and 2010.

"I would have grown up watching Émile Ntamack and players back in the late ‘90s. It was a club that I loved and supported," he said speaking at the launch of the new and improved Aviva Stadium Tour. 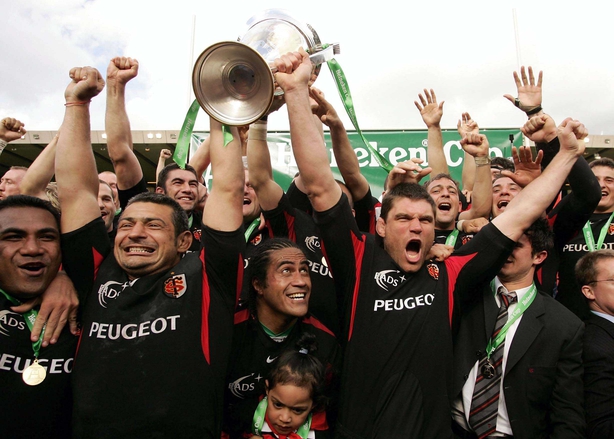 "They epitomised how French rugby was played and it’s interesting now to see the players that are probably most visible in their back line have all come through the academy. They seem to be returning to that approach and seeing the value of getting local guys who want to play for their local team.

"They will always give that little bit more because they’re friends growing up and that bond is really important. They’re playing the way they used to play, they stand deep, they put a lot of width and depth on their passing, they offload and they view their own half as a good place to attack from.

"The game against Clermont was a brilliant game of rugby to watch and the challenge for Leinster is not to get drawn into that type of battle. The experience they have in their 9, 10, 15 with game management becomes really important."

For all Toulouse’s swashbuckling rugby and improvement – they are the only side to have beaten the Irish province in the competition in the last 726 days – the return to the ranks of Johnny Sexton and Robbie Henshaw  a significant boost against a developing side.

Three members of their backline in the quarter-final win over Racing 92 were aged 22 or younger, while at the coal face, former All Black Charlie Faumuina was the only front rower north of 25.

"There is plenty of history between the sides," D’Arcy says, who faced the French giants the last times they crossed paths at the penultimate stages eight years ago.

"Leinster are at, or at least close to the pinnacle, and Toulouse are trying to get back there, there is always going to be that tribal factor. They will be incredibly motivated to knock Leinster off their perch."

But will the recent bonus-point defeat linger in the minds for the visitors?

"They both performed well in the group stages, they both won their quarter-finals, so they have almost wiped the slate clean," pondered D'Arcy.

"All the analysis and research they have done to this point, it loses some of its potency because both teams are going to try to catch the other team unaware. It is about who is plays the match better rather than the occasion."

"Semi-final pressure does funny things to teams. The form from your domestic tournaments don't really transfer into the European Cup. It's just one of those oddities. 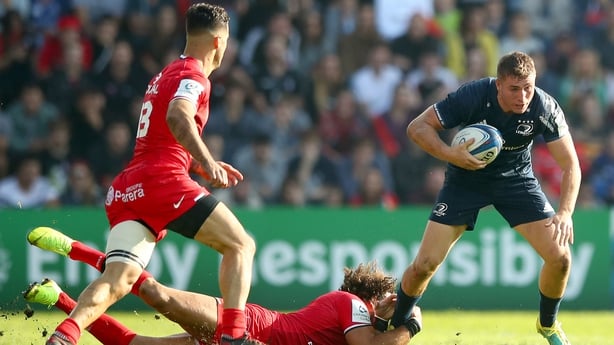 "Little things like that can influence the psychology of a team. Everything is magnified. A dropped pass in a quarter-final doesn't ruin a player, a dropped pass in a semi-final could wipe them out for five or six minutes because of the consequence of it. All these things feed in to it.

"That's why I think the form from the previous one gives you a little bit of insight. Both teams are going to try something different so you don't have the benefit of watching how they played. You are trying to get your players in a good head space and get the key players to perform." 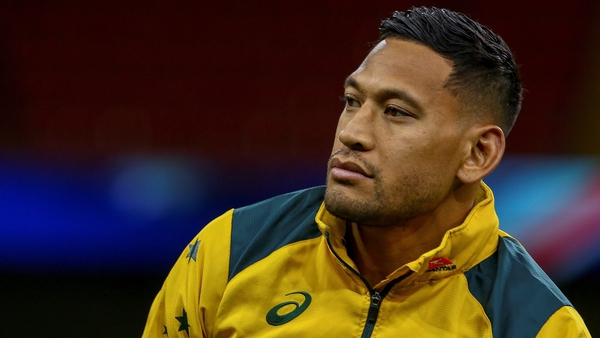 D'Arcy: Where does society go if you create barriers in sport? Rugby