The RTÉ Rugby panel discussed the state of women’s rugby in Ireland following the conclusion of a difficult Six Nations campaign.

Adam Griggs’ side fell to a 24-5 defeat in Wales which saw Ireland finish fifth with just one win.

"After Six Nations victories in 2013 and 2015 and a World Cup semi-final appearance in 2014, four years later we are at this," Fiona Steed told viewers.

"I find it quite hard to take that this is what we come to. We hoped to see improvement. We go from beating Wales 35-12 last year to this result."

2013 grand slam winner Jenny Murphy echoed those sentiments but says the onus is on the IRFU to invest in the game after offering financial support to the 7s game.

"That was a poor performance from the team," she said. "Those girls give everything. You put your career on the line. Everything is put on hold.

"The union needs to step up and proper pathways need to be put in place. Why is there no U20s team? The gap between club and international is too wide."

Lynn Cantwell says the trajectory of the national team is not a good one, adding that the players can’t shoulder the blame for the structures in place.

"Ireland finished eighth in the last World Cup, the one before that was fourth. There is a bigger picture here." 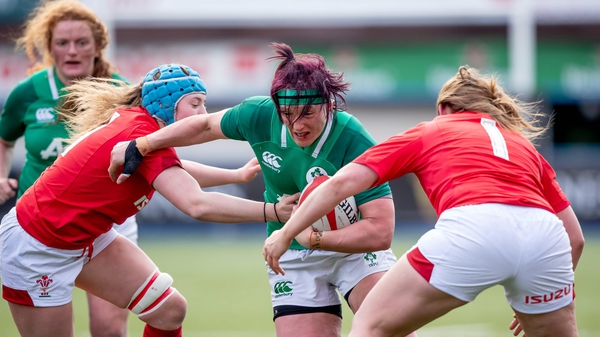