Live blog on RTÉ.ie and the RTÉ News Now App from 4pm

Virgin Media One and ITV 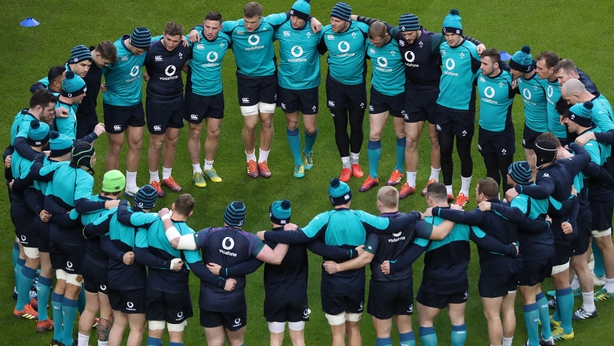 As ever, even the mention of Ireland v England, a clash between the two winners of the last five championships, is enough to get the juices flowing.

The fact that it is the opening gambit of the Guinness Six Nations season - as opposed to a final-day decider - does not dilute the sense of anticipation.

Eddie Jones and his men thunder into Dublin town looking to end a two-game losing streak against the hosts, the most recent being the last match of Ireland’s Grand Slam campaign – a comprehensive 24-15 win in Twickenham. The scoreline flattered England, the deficit only nine thanks to two late tries.

That match was played out in a snow storm and this afternoon’s game is also set to be played in freezing conditions. The forecast is for a clear sky with a feel of about -2C.  Bring your woollies.

By their own admittance Ireland targeted a clean sweep last year and home ties against the traditional heavyweights of England and France might suggest that such a feat is possible again.

It is, but with away trips to Scotland and Wales, on the final day, just retaining the title would be a decent return. Wales boss Warren Gatland had said that he thought if they won in Paris that they would go on to win the championship. Somehow, they did.

Joe Schmidt’s side are by far the more settled of the two.

Since the Red Rose lost their 18-game winning run here two years ago they have failed to get close to that level of performance.

They lost six of 12 games last season and are compromised by injuries, most notable to Ben Te'o and Sam Underhill.

One example of the disparity is in the back row. The hosts can afford to leave Sean O’Brien on the bench, while England start two flankers, Mark Wilson and Tom Curry, with 13 caps between them. Peter O’Mahony and Josh van der Flier have 65.

Big Billy Vunipola is back but CJ Stander and the rest of the back row marshalled him well two years ago.

The Saracens man made seven runs for 16 metres, while Stander got on the ball 20 times for 26 metres in the 13-9 win. 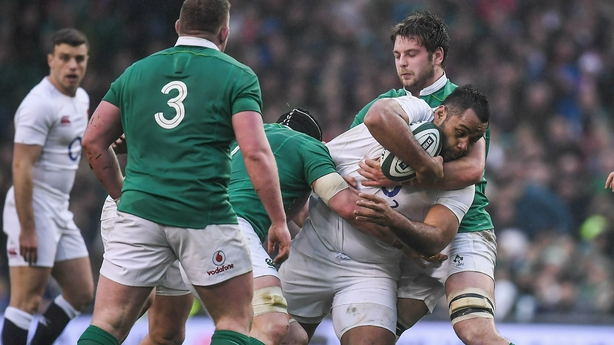 The big call for Schmidt was the decision to drop Rob Kearney, who was outstanding against the All Blacks but considered "rusty" and makes way for team-mate Robbie Henshaw, who has won only one of his 36 caps in that position.

The boss decided that Bundee Aki and Garry Ringrose were not to be disturbed and the ex-Connacht man, who has said he prefers the space afforded at 15, comes in.

"It has been an option for us for some time," said Schmidt.

Murray and Sexton have a slight edge over Ben Youngs and Owen Farrell - who has played every single minute of England's last 12 Six Nations games, while Keith Earls and Jacob Stockdale are two of Europe’s in-form wingers. 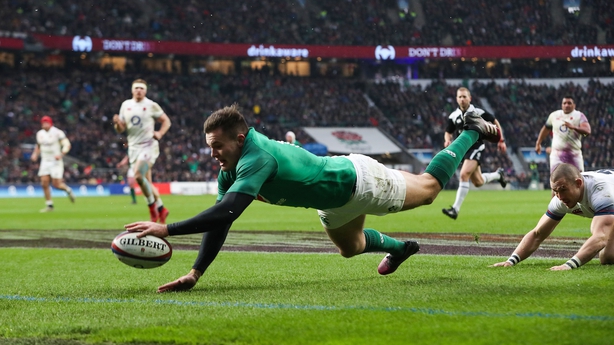 Jones has selected centre Manu Tuilagi, who makes his first Six Nations start in six years, but there is not a lot of evidence that the Leicester man is close to the form he showed back in 2012/13.

Elliot Daly, who scored two tries in last year's fixture, is preferred at full-back, and alongside Jonny May and Jack Nowell, is a very dangerous runner, so the key for Sexton and Murray is to limit their opportunities.

Both front rows have been on Lions tours, while the second row battle between Devin Toner-James Ryan and George Kruis-Maro Itoje will be one of the no-quarter variety.

The sides have 100 per cent records in the scrum over the last two meetings so that should be even enough .

Ireland are lighter in the replacement department, however, with Iain Henderson and Tadhg Beirne sidelined; England have Courtney Lawes on their bench.

The experts have already declared where this match will be won and lost: in the air, on the ground, the set-pieces, on the gainline, the breakdown, the back row, the tight five. And so on and so on.

The stats would suggest that the teams are fairly evenly matched.

Sixty-five per cent of Ireland’s tries in last season’s competition came from the scrum and lineout, those two set-pieces produced 79 per cent of England’s five-pointers.

Ireland actually conceded more penalties than England in the last two games between the teams, however, it was just one more in each game and not enough to make the difference.

One area where Ireland had a distinct advantage was ball-carrying. The champions had five players who made 50 or more carries. No other team in the tournament had more than two.

Ireland, who have won 11 of the 19 encounters with England in the Six Nations, are 1/3 favourites.

"It's well documented that no one thinks we can win but I can tell you everyone inside our camp believes we can win," said Jones, whose side have failed to score more than 15 points in five of their last six championship meetings with the Irish.

The likelihood is that this game come down to a moment or two of brilliance and or a kind or a cruel bounce.

However, by playing up to their strengths, the facets of the game that brought so much success in 2018, Ireland can make sure they are in the right area of the field more often to get the benefit of that bounce.