Team captain Peter O’Mahony has been named in Munster’s team to face Exeter Chiefs in the Heineken Champions Cup on Saturday (kick-off 5.30pm) with Johann van Graan making just one change in personnel.

Tighthead prop John Ryan replaces Stephen Archer for the game at Thomond Park, but it is the inclusion of O’Mahony which is a huge boost.

The flanker had a scan earlier in the week on a rib injury sustained during the 41-15 defeat of Gloucester, but has been deemed fit enough to start.

The back three is again Mike Haley, Andrew Conway and Keith Earls, with Rory Scannell and Chris Farrell in midfield.

Conor Murray makes his 50th Champions Cup appearance just over seven years on from making his competition debut and will be partnered by last week’s man-of-the-match Joey Carbery.

Dave Kilcoyne, Niall Scannell and Ryan pack down in the front row with Jean Kleyn and Tadhg Beirne in the engine room.

O’Mahony, Tommy O’Donnell and CJ Stander make up the Munster back row.

A win or a draw against Exeter will be enough for Munster to top the pool. However, the current Premiership leaders, after an impressive win over Castres, have their own agenda.

However, victory for the English side with a four-try bonus point would mean that Munster would need to earn two losing points, i.e. lose by seven or less and score four tries.

As for a home draw, Munster want Montpellier to beat Edinburgh away and deny the hosts bonus points. 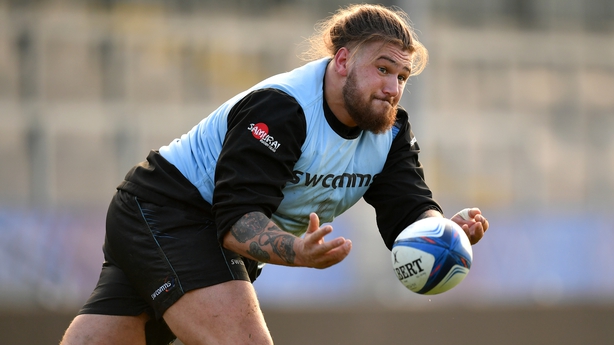 Exeter meanwhile have also made just one change.

England prop Harry Williams (above) starts at tight-head after Tomas Francis was forced to withdrew through illness, while Aussie international Greg Holmes is added to the bench. 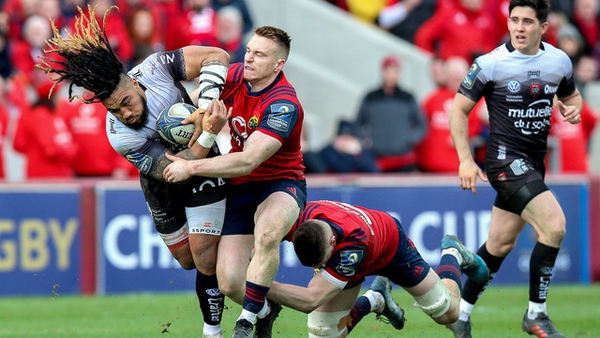