Munster are starting to find their "groove", according to Jean Kleyn.

The 41-15 victory means that a draw or a win against Exeter will guarantee a place in the quarter-finals, while they will need results in the other games to go their way to get a home tie.

Observers have noted an improvement across the board at Munster, who reached the semi-finals in both of the last two seasons, and it hasn't gone unnoticed among the squad.

"We are finding our flow, getting into the groove," Kleyn told RTÉ Sport.

"It’s good to see results for all the work you put in. We put a lot of focus on the lineout detail and the mauling detail over the last couple of weeks and credit to all the lads, we have improved.

"We had a good lineout and maul against Connacht, same this week. It does help the backs, if we give them a dominant platform it makes their job easier." 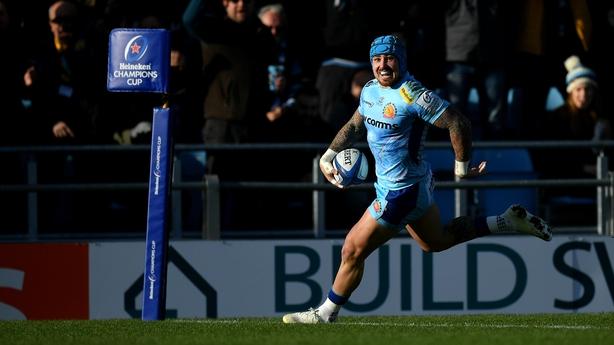 Saturday’s visitors are top of the pile in England but Kleyn knows that it’s Munster, also top of their Guinness Pro14 conference, who are expected to dictate matters at Thomond Park.

"We don’t really want to think about what Exeter are coming to do, it’s more about what we are going to do to them," the 25-year-old said.

"I saw [their 34-12 win against Castres]. They are an exceptional side.

"You look at the Premiership, it will show you – top of the table, most tries score, least tries conceded, these guys are dangerous at the breakdown, they’ve got a brilliant kicking game, they are a very strong side. 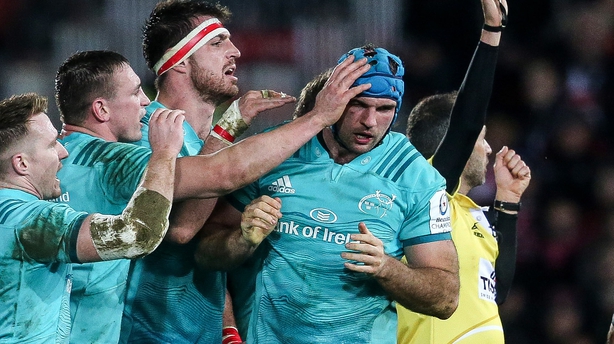 The South African has formed a tight partnership with Ireland international Tadhg Beirne and says that the former Scarlets man is a pleasure to play with.

"We’re immensely different players so we complement each other well," said the ex-Stormers man, who joined Munster in 2016.

"He’s dangerous in attack, he runs very dangerous lines. He’s a very agile man for such a big fellow. He’s an exceptional player so it’s easy to play alongside him."