The centre played all 80 minutes in the Guinness Pro14 defeat of Connacht on his comeback from injury, but there were fears that he could be set for another period on the sidelines.

The 25-year-old however retains the 13 jersey, with his midfield partner Rory Scannell one of six players coming back into the starting XV.

Haley starts at full-back with Andrew Conway and Keith Earls on the wings, with Murray and Joey Carbery in situ at half-back.

Kilcoyne, Niall Scannell and Archer pack down in the front row with Jean Kleyn and Tadhg Beirne in the engine room.

Captain Peter O’Mahony, Tommy O’Donnell and Stander make up the Munster back row.

Rhys Marshall returns from injury and is named among the replacements with the hooker set to make his first appearance since October’s clash against Gloucester.

Meanwhile Gerbrandt Grobler starts for Gloucester against his former side, with England out-half Danny Cipriani selected at out-half.

Follow Gloucester v Munster on Friday (KO 7.45pm) via the live blog on RTÉ.ie/Sport and the News Now App, or listen live on RTÉ Radio 2fm, with commentary from Michael Corcoran and Donal Lenihan. 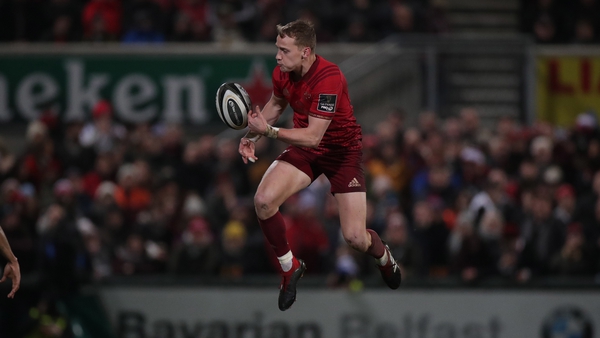