Castres players Rory Kockott and Marc-Antoine Rallier have both been cited by the EPCR following the fiery Heineken Champions Cup clash with Munster.

The home side battled to a 13-12 defeat of the Pool One leaders, but the game saw a number of flashpoints.

Earlier this week Munster head coach Johann van Graan said they would be seeking clarification on some incidents during the contest and Kockott and Rallier have fallen foul of the authorities.

Replacement hooker Rallier was sin-binned for his altercation with Peter O’Mahony in the 69th minute, but could face further punishment for dangerous tackling.

Scrum-half Kockott is alleged to have made contact with the eye area of Munster flanker Chris Cloete in the 21st minute.

Van Graan said that Munster would be contacting the authorities in the same way they do after every game.

"There is a process in place," he said. "We do the same each week, whether it is Pro14 or Europe, you follow due process. You get answers to your questions. For us it is about clarity.

"Obviously there were a few things that happened on the field of play… we just want some clarity on those.

"It’s important that we keep up the values of the game. There have been quite a few opinions on that, but we’ll move on." 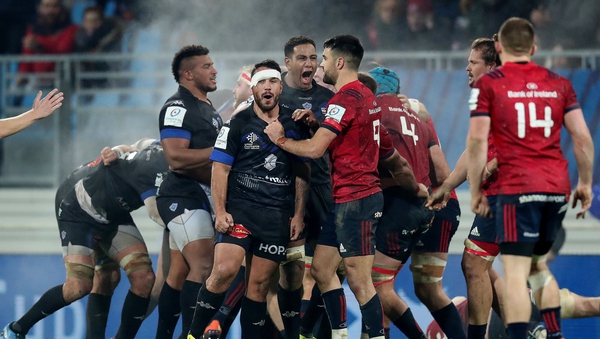