Ireland captain Rory Best insists Joe Schmidt could yet lead the British and Irish Lions to success in 2021.

Best has backed his head coach to guide the Lions to a Test series victory in South Africa, should the New Zealander seek out the challenge.

Schmidt plans to "finish coaching" after the 2019 World Cup to focus on his family, but has also refused to rule out returning after a break.

The coveted Schmidt could well command a New Zealand coaching post should he choose to return to rugby after that hiatus, but Best feels his Ireland boss would be ideally suited to leading the next set of Lions tourists.

"The Lions is one of the few things he hasn't done; he hasn't been given the opportunity to be successful there," Best said.

"But I have no doubt that he would be successful given that opportunity.

"There's no doubt with the way he performs, the way he goes about his business that he could take the Lions and be successful with them."

Schmidt has guided Ireland from eighth to second in the world in a five-year stewardship comprising three Six Nations titles, one Grand Slam and two victories over the All Blacks.

The 53-year-old's highly detailed coaching methodology has led to suggestions there simply would not be the time for him to impose his unique plan on a Lions squad.

Ulster hooker Best rejects that viewpoint however, remaining convinced Schmidt has precisely the savvy to pull together all the naturally disparate strands in a Lions set-up. 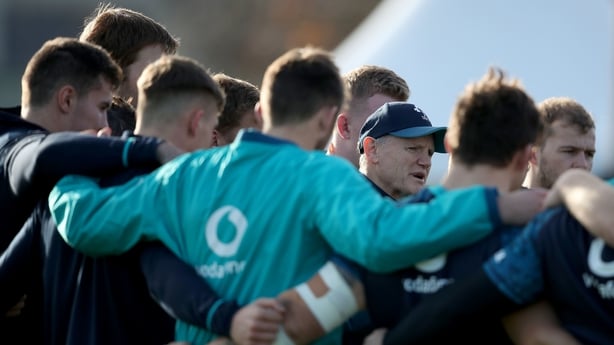 The 2021 Lions tour will be the shortest yet with eight matches crammed into just five weeks. The English Premiership final is slated for just one week before the Lions' tour opener.

But Best needs no convincing that Schmidt has the blueprint for Lions glory.

"It's a short period of time to bring the Lions together and some people have suggested Joe needs time," said Best, himself a two-time Lions tourist.

"But I don't think that's the case. I think Joe could very, very comfortably walk into a Lions role and get a team prepared to win a Test series in South Africa.

"Right from the word go he's expecting things from you.

"Very quickly the penny would drop, and everyone would enjoy being there.

"What he does very well is he uses the people that know him.

"The first day he came into Ireland, he said 'we're going to run these three plays', and then walked out of the room.

"So of course most of the people in the room did not have one idea of what he was talking about. But he knew the Leinster players did.

"So you got together, you asked someone from Leinster to tell you what your role was.

"In one session we learned three plays without him telling us anything."

Admitting Schmidt would be a loss to rugby should he hang up his coaching whistle for good after the World Cup, Best hailed his boss' desire to repay his family for supporting his rugby ambitions.

"Joe's family have sacrificed a lot to allow him to be the best coach in the world," said Best.

"Sometimes you get a chance to give a bit back to your family, and Joe now sees a chance to thank them by repaying that support.

"No matter what Joe does he will be successful.

"He'll be a massive miss to rugby, but I think that his family have given Ireland a lot also, and he probably feels it's time for them to take a bit back."