Joe Schmidt will leave his role as Ireland head coach after next year's World Cup in Japan.

The New Zealander will be replaced by Ireland's current defence coach Andy Farrell.

Schmidt replaced Declan Kidney as Ireland coach in 2013 and won back-to-back Six Nations titles in 2014 and 2015.

A quarter-final exit at the hands of Argentina in that year's World Cup was the greatest disappointment of Schmidt's tenure but the team have come back stronger - winning only Ireland's third Grand Slam this year and beating New Zealand for the first time on home soil to finish 2018 as the world's second ranked team.

Farrell joined the Ireland set-up in April 2016 as defence coach, having departed the same role with England, where he worked under current Leinster senior coach Stuart Lancaster.

It had been widely expected that Schmidt would leave Ireland after next year's World Cup.

Working in Europe since he joined Clermont as attack coach in 2007, the former school principal joined Leinster in 2010 and led the province to back-to-back Heineken Cups in 2011-12.

He is keen to return to his native New Zealand, where he has been tipped to take over from Steve Hansen as All Blacks head coach. 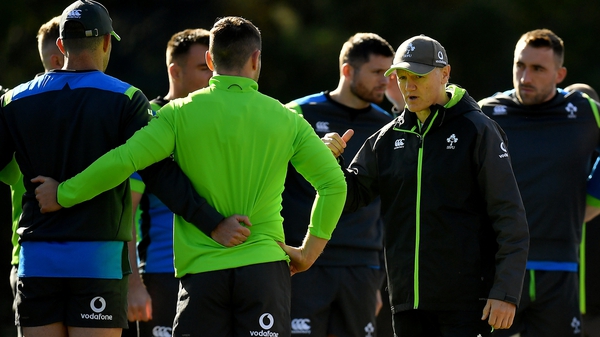