The smart money is on Leinster getting at least the win at the Rec this weekend and keep pressure on Champions Cup pool leaders Toulouse.

Leo Cullen’s side are blazing a trail in the Pro14, having successfully put half century tallies in their last two outings. Their reserve of talent, evident in the opportunities presented in the international window, points to a squad well capable of retaining both trophies won last season.

Bath on the other hand have more questions to answer.

True they do have home advantage, and only for Freddie Burns’ calamitous end to the opening European game against the French powerhouse, could and should have opened their account with a win before sharing the spoils with Wasps a week later in a 70-point thriller.

Form in the Premiership has been a little more on the patchy side – three wins in nine games and without a league win since 22 September – but no one in the Leinster camp is expecting other than a bruising and demanding encounter on Saturday (kick-off 3.15pm).

The presence of 21-year-old Joe Cokanasiga (below) and Semesa Rokoduguni, 10 years his senior, on the wings, will pose a considerable challenge to the visiting defence. The pair both crossed the line against Wasps and will be itching to give the home crowd something to shout about on Saturday. 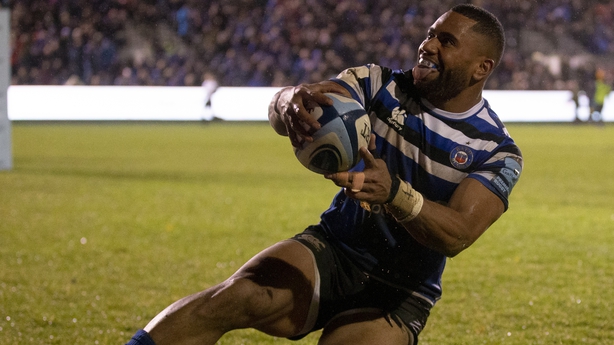 "They are absolutely electric," says Rob Kearney. "They are big and strong and they will try and get the ball to them as often as possible."

"They can score from anywhere," adds Devin Toner, with Cokanasiga claimingtheir only try in the low-scoring 7-7 draw at the weekend at home to Sale in difficult weather conditions.

Kahn Fotuali’I and Burns at half-back increase the danger offensively, but there is a hardened edge to the pack, particularly in the back row.

"They are one of the best around," observes Toner when name-checking Francois Louw, Sam Underhill and Zach Mercer.

Considering Toner has been part of Ireland and Leinster teams which have dominated in that sector all year, it is high praise indeed.

"They will go really hard at the ball," he explains when asked what marks the trio out.  "A huge thing for us is at the breakdown area.

"We are going to be focusing on is getting quick ruck ball."

"You walk to the ground, you feel the buzz and atmosphere"

Kearney is relishing the opportunity to show his wares in one of the more old-school grounds in the game.

"I’ve played there a few times before," he says. "You walk to the ground, you feel the buzz and atmosphere. It’s one of those great English stadiums." 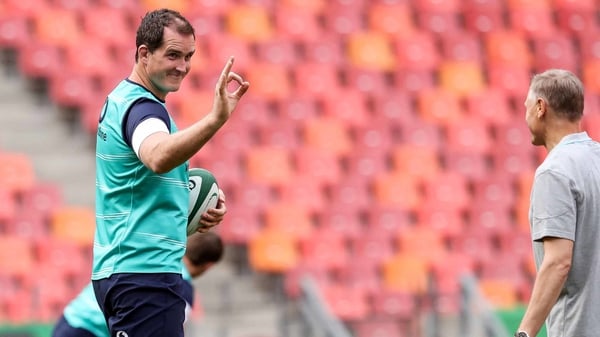 Toner: It's because of Joe Schmidt I am where I am